A panel of the Ninth Circuit today upheld the validity of California's SB 1172, prohibiting licensed therapists from performing what is known variously as sexual conversion therapy, reparative therapy, or sexual orientation change efforts (SOCE) on minors under the age of 18.

SB 1172, as a regulation of professional conduct, does not violate the free speech rights of SOCE practitioners or minor patients, is neither vague nor overbroad, and does not violate parents’ fundamental rights. 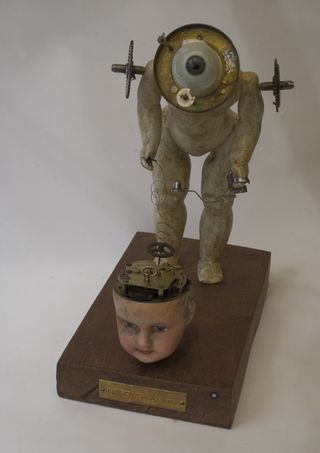 "Le psychiatre" by Jeylina Ever, 2010
The panel held that SB 1172 did not merit heightened scrutiny under the First Amendment. Construing circuit precedent, it distilled several relevant principles:

(1) doctor-patient communications about medical treatment receive substantial First Amendment protection, but the government has more leeway to regulate the conduct necessary to administering treatment itself;
(2) psychotherapists are not entitled to special First Amendment protection merely because the mechanism used to deliver mental health treatment is the spoken word; and
(3) nevertheless, communication that occurs during psychotherapy does receive some constitutional protection, but it is not immune from regulation.

(emphasis in original).  The panel concluded that there is a continuum between speech and conduct, and that SB 1172 landed toward conduct, "where the state's power is great, even though such regulation may have an incidental effect on speech."   Applying a rational basis standard, the court rejected the claim that California legislature acted irrationally.

This is an important and well-reasoned decision likely to be persuasive to other courts, including the federal district judge deciding the constitutional challenge to New Jersey's similar statute.