In a 198 page opinion today, accompanied by a 39 page order and opinion as to remedies, United States District Judge Shira Scheindlin has found the New York City Police Department's stop and frisk policies unconstitutional.  (Recall Judge Scheindlin enjoined the NYPD's stop and frisk practices in the Bronx earlier this year). 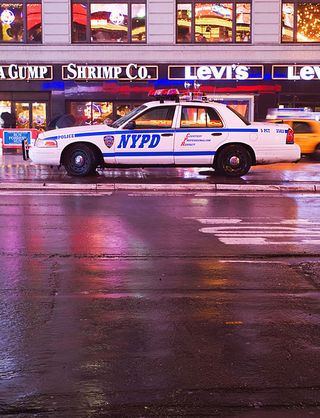 In the closely watched case of Floyd v. City of New York, Judge Scheidlin's opinion is an exhaustively thorough discussion of the trial and at times reads more like a persuasive article than an opinion: it  begins with epigraphs, has a table of contents, and has 783 footnotes.  It also - - - helpfully - - - has an "Executive Summary" of about 10 pages.  Here is an excerpt:

Plaintiffs assert that the City, and its agent the NYPD, violated both the Fourth Amendment and the Equal Protection Clause of the Fourteenth Amendment of the United States Constitution. In order to hold a municipality liable for the violation of a constitutional right, plaintiffs “must prove that ‘action pursuant to official municipal policy’ caused the alleged constitutional injury.” “Official municipal policy includes the decisions of a government’s lawmakers, the acts of its policymaking officials, and practices so persistent and widespread as to practically have the force of law.”

The Fourth Amendment protects all individuals against unreasonable searches or seizures. . . .

The Equal Protection Clause of the Fourteenth Amendment guarantees to every person the equal protection of the laws. It prohibits intentional discrimination based on race. Intentional discrimination can be proved in several ways, two of which are relevant here. A plaintiff can show: (1) that a facially neutral law or policy has been applied in an intentionally discriminatory manner; or (2) that a law or policy expressly classifies persons on the basis of race, and that the classification does not survive strict scrutiny. Because there is rarely direct proof of discriminatory intent, circumstantial evidence of such intent is permitted. “The impact of the official action — whether it bears more heavily on one race than another — may provide an important starting point.”

The following facts, discussed in greater detail below, are uncontested:

The City and the NYPD’s highest officials also continue to endorse the unsupportable position that racial profiling cannot exist provided that a stop is based on reasonable suspicion.  This position is fundamentally inconsistent with the law of equal protection and represents a particularly disconcerting manifestation of indifference. As I have emphasized throughout this section, the Constitution “prohibits selective enforcement of the law based on considerations such as race.”  Thus, plaintiffs’ racial discrimination claim does not depend on proof that stops of blacks and Hispanics are suspicionless. A police department that has a practice of targeting blacks and Hispanics for pedestrian stops cannot defend itself by showing that all the stopped pedestrians were displaying suspicious behavior. Indeed, the targeting of certain races within the universe of suspicious individuals is especially insidious, because it will increase the likelihood of further enforcement actions against members of those races as compared to other races, which will then increase their representation in crime statistics. Given the NYPD’s policy of basing stops on crime data, these races may then be subjected to even more stops and enforcement, resulting in a self-perpetuating cycle.

The Equal Protection Clause’s prohibition on selective enforcement means that suspicious blacks and Hispanics may not be treated differently by the police than equally suspicious whites. Individuals of all races engage in suspicious behavior and break the law. Equal protection guarantees that similarly situated individuals of these races will be held to account equally.

This important, scholarly, and thorough opinion is sure to set a standard of judicial craft.  It is also sure to be appealed by the City of New York.