Daily Read: Ellis and Jones on the 50th Anniversary of the March on Washington for Jobs and Freedom

Several media and legal outlets are running impressive commentaries on this fiftieth anniversary of the March on Washington for Jobs and Freedom led by Martin Luther King, Jr. 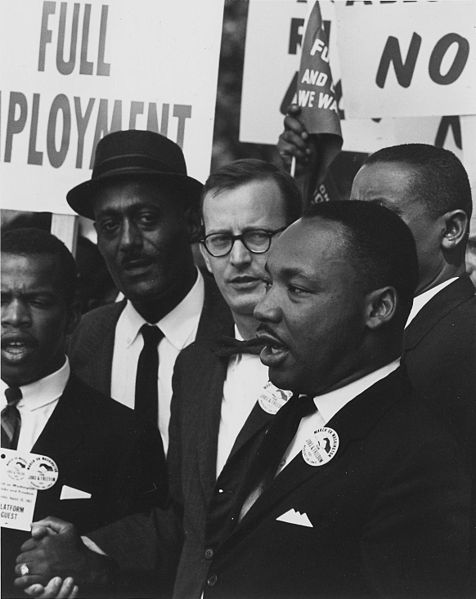 Here are two that should not be missed.

Over at ACS blog, Law Prof Atiba Ellis writes on "The Moral Hazard of American Gradualism: A Lesson from the March on Washington."  Ellis states, "the question we must confront in 2013 is whether we have been tranquilized into the lethargy of gradualism concerning the work that needs to be done."   Ellis highlights the Court's decisions last term in Shelby and in Fisher as examples of "the new American gradualism – retrogressive action under the cover of apathy, spurred by the myth of post-racialism and the supposed fear of constitutional overreach."

And on NPR's Morning Edition, journalist Michele Norris profiles Clarence B. Jones as an attorney and "guiding hand" behind the "I Have a Dream" speech, including the famous "promissory note" metaphor.  However, Norris also highlights Jones' memoir Behind The Dream, which had "some unlikely source material."  Indeed, Jones' memoir may be more accurate than most, since his memory was augmented by transcripts of every single phone conversation he had with King, courtesy of the FBI, in a wiretap authorized by Robert Kennedy as Attorney General.  The NPR story has a link to the FBI archive on King.

Listed below are links to weblogs that reference Daily Read: Ellis and Jones on the 50th Anniversary of the March on Washington for Jobs and Freedom: