The Police Officer, the Quota Complaint, and the First Amendment 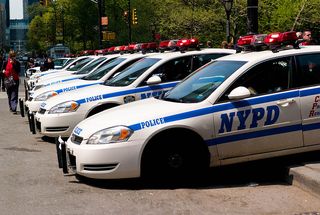 NYPD Officer Craig Matthews was critical of the alleged quota system responsible for unjustified stops, arrests, and summonses in his precinct in New York City and suffered adverse employment actions.    His claim of a First Amendment violation raises the specter of Garcetti v. Ceballos, decided by the Court in 2006.  Citing Garcetti, as well as Second Circuit precedent, a district judge dismissed Matthews' complaint last year. The Second Circuit reversed in a summary order, finding that discovery was required to inquire into the "nature of the plaintiff’s job responsibilities, the nature of the speech, and the relationship between the two.”  On remand, the case was reassigned to a different judge, discovery ensued,  but Matthews was again unsuccessful.

While the subject matter of Officer Matthews' speech was clearly a matter of public concern, the officer spoke "pursuant to his public duties" and as an employee rather than a citizen.  Judge Englemayer's opinion contains an excellent rehearsal of the Supreme Court's precedent, starting with Pickering and continuing to Garcetti.  But the crux of the argument rests upon the Second Circuit case of Jackler v. Byrne,  a rare post-Garcetti case finding for the employee.  The judge distinguishes Jackler on specific facts:

Officer Matthews made a series of truthful reports about his concerns; unlike Jackler, he was neither compelled to retract those statements nor to file a false report.

Judge Englemayer goes on for an additional ten pages, engaging in a "fact-specific inquiry" regarding  whether Matthews' complaints were made "pursuant to his official duties."  It is definitely a careful and considered opinion, yet it is sure to be appealed.  With the continuining attention to stop and frisk policies, including the possibility of police "quotas," Matthews' case raises important issues not necessarily solved by current First Amendment doctrine.

Listed below are links to weblogs that reference The Police Officer, the Quota Complaint, and the First Amendment: