Kansas' new abortion law that took effect July 1 - - - running 70 pages and known as Kansas HB 2253 - - - has already been the subject of a constitutional challenge.  HB 2253 seeks to restrict abortion and other reproductive services in numerous ways in accord with the legislative finding that "the life of each human being begins at fertilization."  The Complaint filed by the local Planned Parenthood organization, Comprehensive Health of Planned Parenthood of Kansas and Mid- Missouri, Inc. (CHPPKM) specifically challenges two provisions of the law on First Amendment grounds. 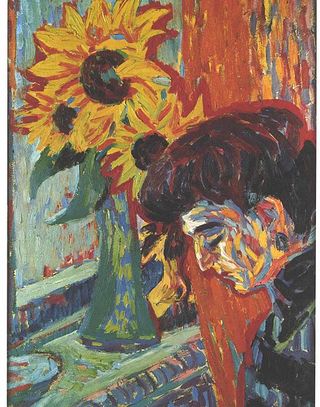 First, the complaint in Comprehensive Health of Planned Parenthood of Kansas and Mid- Missouri, Inc.v. Templeton, challenges mandated statements to be made by physicians, including a statement regarding fetal pain at a certain gestation age and a statement that "“the abortion will terminate the life of a whole, separate, unique, living human being."  CHPPKM argues that these statements are misleading, at times irrelevant (as when the fetus has not reached the required gestation age), or not subject to factualverification but instead are statements of philosophy and religion.   The funding situation sharply distinguishes this situation from Rust v. Sullivan, which involved federal Title IX funds, but the nature of the statements are also quite different.  A more analogous case involved the required "risk of suicide warning" upheld by the Eighth Circuit en banc in Planned Parenthood v. Rounds.   Even though there was some "uncertainty" as to the reliability of the studies purporting to show a link between abortion and suicide ideation - - - including the very meaning of the word "risk" - - - the majority in Rounds found that the provision survived by giving great deference to South Dakota.  One question will be whether the Tenth Circuit will be as deferential as the majority in its sister circuit or be as rigorous as the dissenting judges in Rounds.

Second, the complaint challenges the provision that compels CHPPKM "to place on the homepage of its public website both a hyperlink to a government website that contains the government’s viewpoint on abortion, and a scripted message of endorsement of the content on the government’s website, even where CHPPKM disagrees with the message."  In light of last month's decision by the United States Supreme Court in United States Agency for International Development v. Alliance for Open Society International, Inc., - - - the prostitution pledge case - - - invalidating a requirement that organizations that received direct funding could not be compelled to espouse views that were not their own, this claim seems on firm First Amendment footing.  The distinction is a factual one - - - the hyperlink - - - although interestingly CHPPKM contends in its complaint this further complicates the matter because it cannot be expected to constantly monitor the government site.  Certainly, however, much of the language and reasoning in Chief Justice Roberts' majority opinion for the Court solidifies compelled speech doctrine.   And interestingly, compelled speech doctrine is being argued by anti-abortion organizations to challenge laws requiring "pregnancy crisis centers" to disclose the fact that they are not medical facilities. ( For example, a district judge held NYC's Local Law 17 unconstitutional in 2011; an opinion from the Second Circuit has been anticipated since oral argument over a year ago).  UPDATE: The Fourth Circuit's en banc opinion July 3 on a Baltimore ordinance.

A popular discussion of the controversy, including some of my own thoughts, is available on "KC Currents" broadcast by KCUR, a local NPR station.