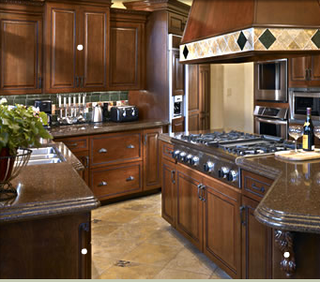 Product featured on the Conestoga Wood Specialties Corporation website
In a divided opinion, a panel of the Third Circuit in Conestoga Wood Specialties Corporation v. Secretary of Department of Health and Human Services has held that a private for-profit secular corporation, in this case making wood cabinetry and employing almost one thousand people, does not meet the threshold for raising a claim that the ACA's requirement that its health insurance include contraceptive coverage for its employees.

Writing for the majority, Judge Robert Cowen, joined by Thomas Vanaskie, acknowledged in a footnote the contrary decision of a majority of the Tenth Circuit en banc in Hobby Lobby Stores, Inc. v. Sebelius, but simply stated it respectfully disagreed.  Instead, affirming the district judge, the majority skillfully articulated the two possible theories under which a for-profit secular corporation might possess Free Exercise rights and rejected both.

First, the majority rejected the notion that the Conestoga Wood Specialties Corporation could "directly" exercise religion in accord with Citizens United v. Fed. Election Comm’n (2010).  The majority noted that Citizens United was grounded in the notion that the Court has a long history of protecting corporations' rights to free speech and that there was no similar history regarding corporations' religious rights:

In fact, we are not aware of any case preceding the commencement of litigation about the Mandate, in which a for-profit, secular corporation was itself found to have free exercise rights.  Such a total absence of caselaw takes on even greater significance when compared to the extensive list of Supreme Court cases addressing the free speech rights of corporations.

The majority distinguished religious organizations, such as those involved in  Gonzalez v. O Centro Espirita Beneficente Uniao Do Vegetal, 546 U.S. 418 (2006) or  Church of the Lukumi Babalu Aye, Inc. v. Hialeah, 508 U.S. 520 (1993), because these are not "secular, for-profit corporations."

Second, the majority rejected the so-called "pass through" theory in which for-profit corporations can assert the free exercise rights of their owners.  The majority noted that the Hahn family own 100 percent of the voting shares of Conestoga and that the Hahns practice the Mennonite religion.  However, it  rejected the theory that had been applied by the Ninth Circuit in two non-ACA mandate cases, stating the theory "rests on erroneous assumptions regarding the very nature of the corporate form."  For the majority, it is a "fundamental principle"  that "incorporation‘s basic purpose is to create a distinct legal entity, with legal rights, obligations, powers, and privileges different from those of the natural individuals who created the corporation."  Rather, "by incorporating their business, the Hahns themselves created a distinct legal entity that has legally distinct rights and responsibilities from the Hahns, as the owners of the corporation."  Moreover, because

Conestoga is distinct from the Hahns, the Mandate does not actually require the Hahns to do anything. All responsibility for complying with the Mandate falls on Conestoga.

The majority's RFRA analysis is exceedingly brief, simply stated that since the corporation cannot exercise a religion it cannot assert a statutory RFRA claim.

In a 66 page dissent that is twice as long as the majority opinion, Judge Kent Jordan criticizes the majority for concluding that the "Hahns' choice to operate their business as a corporation carries with it the consequence that their rights of conscience are forfeit."  Judge Jordan's dissent is clearly deeply felt, stating that

the government claims the right to force Conestoga and its owners to facilitate the purchase and use of contraceptive drugs and devices, including abortifacients, all the while telling them that they do not even have a basis to speak up in opposition. Remarkable.

I reject that power grab and would hold that Conestoga may invoke the right to religious liberty on its own behalf.

Indeed, Judge Jordan's dissent demonstrates how deeply the divisions abide on this issue.  Coupled with the similarly split opinions in Hobby Lobby, in which the majority agrees with Judge Jordan, it's clear that if - - - and most likely when - - - this issue reaches the United States Supreme Court, it will be very contentious.

Listed below are links to weblogs that reference Divided Third Circuit Panel: Corporations Do Not Have First Amendment Free Exercise Rights: