Should a for-profit corporation have free exercise of religion rights under the federal Religious Freedom Restoration Act (RFRA) and the First Amendment as the en banc Tenth Circuit held in Hobby Lobby, Inc. v. Sebelius? 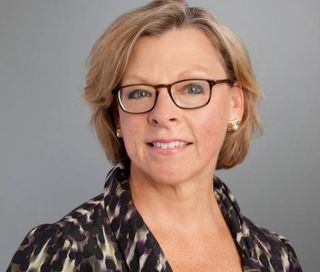 Hamilton ultimately contends that RFRA, at least as interpreted by the Tenth Circuit, is unconstitutional under the Establishment Clause in that it means that "large for-profit employers, who may not discriminate in hiring based on religion, can still coerce their employees into following their religious beliefs."

Hamilton's even larger argument, however, involves the relationship between religion and capitalism in our constitutional democracy.  Assume, she argues, that Hobby Lobby and similar companies

That isn’t capitalism, which, when working as it should, is driven by the quality of products and competition on price, regardless of the political or religious beliefs of the producer and purchaser.  It is Balkanization, and a first step on the path to the religious wars we in the United States have avoided so far.

Yet perhaps the owners of Hobby Lobby is not anticipating that consumers will actually know that it is an entity with specific religious beliefs rather than simply a store selling sequins?

Whatever the beliefs of the owners of Hobby Lobby, however, Hamilton's column is a must read on the contentious issue of recognizing religious freedoms of for-profit companies.

Listed below are links to weblogs that reference Daily Read: Marci Hamilton on Hobby Lobby :