Long controversial, Judge (and former Chief Judge) Edith Jones of the Fifth Circuit Court of Appeals is now the subject of an  ethics complaint filed by a constorium of persons under the Judicial Conduct and Disability Act.  The complaint asks that the matter be transferred out of the Fifth Circuit. 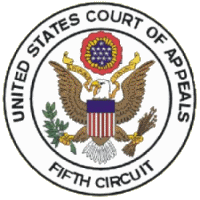 The main allegations arise from a speech by Judge Jones at a Federalist Society event at University of Pennsylvania in February on the death penalty.  Jones is alleged to have made points such as these:

*The United States system of justice provides a positive service to capital-case defendants by imposing a death sentence, because the defendants are likely to make peace with God only in the moment before imminent execution;

*Certain “racial groups like African Americans and Hispanics are predisposed to crime,” are “‘prone’ to commit acts of violence,” and get involved in more violent and “heinous” crimes than people of other ethnicities;

*The United States Supreme Court’s decision in Atkins v. Virginia prohibiting execution of persons who are “mentally retarded” was ill-advised and created a “slippery slope”;

*Mexican Nationals would prefer to be on death row in the United States rather than in prison in Mexico;

*The country of Mexico does not provide and would not provide the legal protections that a Mexican National facing a death sentence in the United States would receive.
The complaint also contains allegations regarding Judge Jones well-publicized interaction with a fellow-judge when she told him to "shut up" during an oral argument.
The complaint contends that Judge Jones' actions violate judicial ethics canons regarding "impropriety or the appearance of impropriety," including interpretations regarding impartiality, dignity, and temperment.
RR
Update: NYT report here

Listed below are links to weblogs that reference Ethics Complaint Against Judge Edith Jones of Fifth Circuit: