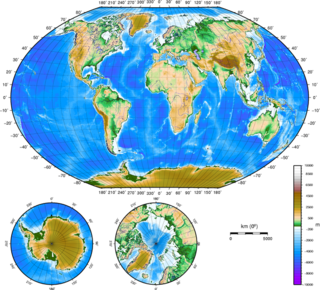 The United States Supreme Court today decided United States Agency for International Development v. Alliance for Open Society International, Inc., involving a First Amendment challenge to a provision of federal funding statute requiring some (but not other) organizations to have an explicit policy opposing sex work. It held the provision unconstitutional and affirmed the Second Circuit opinion, which the Circuit had  refused to review en banc, and which conflicted with a Sixth Circuit opinion.

The Court's opinion, authored by Chief Justice Roberts, is relatively brief - - - a mere 15 pages - - - first acknowledges that the provision in the United States Leadership Against HIV/AIDS, Tuberculosis, and Malaria Act of 2003 would clearly violate the First Amendment's compelled speech doctrine if it were a direct regulation of speech.  In terms of an attached condition to spending - - - the unconstitutional conditions doctrine - - - Roberts explained that

the relevant distinction that has emerged from our cases is between conditions that define the limits ofthe government spending program—those that specify the activities Congress wants to subsidize—and conditions that seek to leverage funding to regulate speech outside the contours of the program itself.

He elaborated on this distinction by contrasting Regan v. Taxation With Representation of Washington, decided in 1983 and upholding a requirement that nonprofit organizations seeking tax-exempt status under 26 U. S. C. §501(c)(3) not engage in substantial efforts to influence legislation, with FCC v. League of Women Voters of California, decided in 1984, holding unconstitutional a condition on federal financial assistance to noncommercial broadcast television and radio stations that prohibited all editorializing, including with private funds.

The opinion then both distinguished and relied upon Rust v. Sullivan, an opinion that was central to oral argument and the briefs.  The Court noted that the Government's only positive precedent was Holder v. Humanitarian Law Project, but held that it was essentially inapposite.  Instead, although the lines could be difficult to draw, the Court held that

the Policy Requirement goes beyond preventing recipients from using private funds in a way that would undermine the federal program. It requires them to pledge allegiance to the Government’s policy of eradicating prostitution.

“If there is any fixed star in our constitutional constellation, it is that no official, high or petty, can prescribe what shall be orthodox in politics, nationalism, religion, or other matters of opinion or force citizens to confess by word or act their faith therein.”

If some will not be surprised about Roberts' position given his expressions at oral argument, even fewer will be surprised by Justice Scalia.  Dissenting, Justice Scalia - - - never a fan of unconstitutional conditions doctrine - - - joined by Justice Thomas finds Barnette a "distraction" from the real issues.  He criticizes the majority's distinction between central and not, but also finds that there is no coercion.  He analogizes to "King Cnut’s commanding of the tides" to conclude there is "no compulsion at all," simply "the reasonable price of admission to a limited government-spending program that each organization remains free to accept or reject."  Of course, the majority, by considering whether or not a condition is central, essentially held that the price of admission was simply not "reasonable."  But for Scalia, requiring an "ideological commitment" as a condition to government funding should be acceptable, and the "real evil" of the opinion is a type of floodgates argument:  "One can expect, in the future, frequent challenges to the denial of government funding for relevant ideological reasons."   More broadly, he extends his argument beyond funding, stating that while one may be a Communist or anarchist, members of the legislature, judiciary, and executive are bound by the Constitution to take an oath affirming it, Art. VI, cl. 3.

Super pumped about this ruling. It was a terbs law, I'm pissed at Obama for supporting it, and I'm thrilled with SCOTUS. And how are "frequent challenges to the denial of government funding for relevant ideological reasons" worth giving up First Amendment rights??