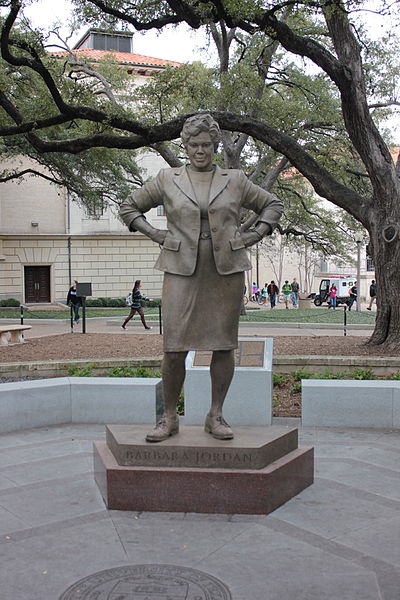 In a 7-1 decision (recall Justice Kagan is recused) and after an extended wait from last October's oral argument, the Court reversed the Fifth Circuit's opinion in Fisher v. University of Texas rejecting an equal protection challenge to the university's affirmative action program.

Kennedy's opinion for the Court leaves affirmative action under Grutter v. Bollinger in tact, but holds that the Fifth Circuit did not apply strict scrutiny in a sufficiently rigorous manner.  Recall that in Fisher, University of Texas argued that race was only a "factor within a factor." But for Kennedy, this was not sufficient.  In some ways, Kennedy's opinion validates the "dissental" from en banc review of the controversial Judge Edith Jones.

The sticking point for the Court was the narrowly tailored prong:

Once the University has established that its goal of diversity is consistent with strict scrutiny, however, there must still be a further judicial determination that the admissions process meets strict scrutiny in its implementation. The University must prove that the means chosen by the University to attain diversity are narrowly tailored to that goal. On this point, the University receives no deference. . . . True, a court can take account of a university’s experience and expertise in adopting or rejecting certain admissions processes. But, as the Court said in Grutter, it remains at all times the University’s obligation to demonstrate, and the Judiciary’s obligation to determine, that admissions processes “ensure that each applicant is evaluated as an individual and not in a way that makes an applicant’s race or ethnicity the defining feature of his or her application.”

Indeed, Kennedy stated that "The higher education dynamic does not change the narrow tailoring analysis of strict scrutiny applicable in other contexts."

Kennedy's opinion upends O'Connor's adage from Adarand that  that "strict scrutiny must not be “ ‘strict in theory, but fatal in fact,’” by adding:

But the opposite is also true. Strict scrutiny must not be strict in theory but feeble in fact. In order for judicial review to be meaningful, a university must make a showing that its plan is narrowly tailored to achieve the only interest that this Court has approved in this context: the benefits of a student body diversity that “encompasses a . . . broa[d] array of qualifications and characteristics of which racial or ethnic origin is but a single though important element.”

Justice Thomas, concurring, would reverse Grutter v. Bollinger and Justice Scalia, in a paragraph concurrence, stated that Fisher did not ask Grutter to be overruled.

Only Justice Ginsburg, in a relatively brief dissent, holds that the lower federal courts should not revisit their findings:

I would not return this case for a second look. As the thorough opinions below show, the University’s admissions policy flexibly considers race only as a “factor of a factor of a factor of a factor” in the calculus, followed a yearlong review through which the University reached the reasonable, good-faith judgment that supposedly race-neutral initiatives were insufficient to achieve, in appropriate measure, the educational benefits of student- body diversity, and is subject to periodic review to ensure that the consideration of race remains necessary and proper to achieve the University’s educational objectives.

In sum, Fisher glosses but does not essentially change affirmative action doctrine.  It makes the narrowly tailored prong more difficult to meet, and may approach "fatal in fact," but it does leave leeway for a fact-intesive showing by a university regarding its use of race.

And it does not end the affirmative action issue.  Recall that the Court granted a petition for certiorari in Schuette v. Coalition to Defend Affirmative Action in which a majority of the en banc Sixth Circuit held Michigan's anti-affirmative action constitutional amendment, passed in 2006 as a ballot initiative Proposal 2, unconstitutional.

RR
[image: statute of Barbara Jordan on UT campus via]