The IRS scandal caused by allegations that certain groups were highlighted for extra scrutiny regarding their tax-exempt status application has spawned several complaints filed in federal court alleging violations of the First Amendment and Fifth Amendment.

Paul Caron over at Tax Prof Blog has been keeping tabs on the scandal including linking to the developing news items.  The scandal started with a report issued  by the Treasury Inspector General for Tax Administration entitled "Inappropriate Criteria Were Used to Identify Tax-Exempt Applications for Review."

Underlying the controversy is the application of  26 U.S.C. § 501(c), governing organizations that shall be exempt from taxation.

Corporations, and any community chest, fund, or foundation, organized and operated exclusively for religious, charitable, scientific, testing for public safety, literary, or educational purposes, or to foster national or international amateur sports competition (but only if no part of its activities involve the provision of athletic facilities or equipment), or for the prevention of cruelty to children or animals, no part of the net earnings of which inures to the benefit of any private shareholder or individual, no substantial part of the activities of which is carrying on propaganda, or otherwise attempting, to influence legislation (except as otherwise provided in subsection (h)), and which does not participate in, or intervene in (including the publishing or distributing of statements), any political campaign on behalf of (or in opposition to) any candidate for public office.

Civic leagues or organizations not organized for profit but operated exclusively for the promotion of social welfare, or local associations of employees, the membership of which is limited to the employees of a designated person or persons in a particular municipality, and the net earnings of which are devoted exclusively to charitable, educational, or recreational purposes.

The extent to which such tax exempt organizations may engage in political activities and whether they must be "exclusively"  - - - or in contrast "primarily" - - - for the promotion of social welfare is subject to some controversy.  For example, the group Citizens for Responsibility and Ethics in Washington has petitioned for clarifying rule (or change in rule) from the IRS. 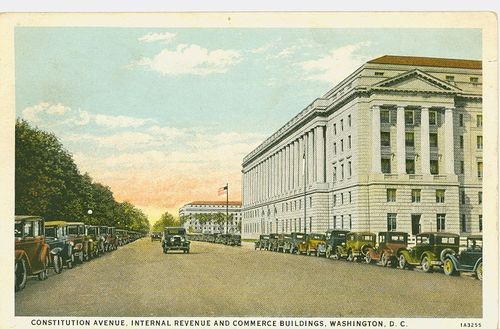 In another lawsuit filed in the District of Columbia, Linchpins of Liberty v. United States, the more expertly crafted complaint likewise alleges viewpoint discrimination in violation of the First Amendment as well as equal protection violations, in addition to statutory claims.

Listed below are links to weblogs that reference Tax-Exempt Lawsuits Challenge Constitutionality of IRS Actions: