The hunger strike amongst prisoners at Guantanamo Bay has led to force-feeding, a situation prompting the Office of the High Commissioner for Human Rights at the UN to issue a statement reiterating the disapproval of Guantanamo and remind the United States that:

in cases involving people on hunger strikes, the duty of medical personnel to act ethically and the principle of respect for individuals’ autonomy, among other principles, must be respected. Under these principles, it is unjustifiable to engage in forced feeding of individuals contrary to their informed and voluntary refusal of such a measure. Moreover, hunger strikers should be protected from all forms of coercion, even more so when this is done through force and in some cases through physical violence. Health care personnel may not apply undue pressure of any sort on individuals who have opted for the extreme recourse of a hunger strike. Nor is it acceptable to use threats of forced feeding or other types of physical or psychological coercion against individuals who have voluntarily decided to go on a hunger strike.

New York's highest court, in its opinion in Bezio v. Dorsey regarding a state prisoner on a hunger strike reached an opposite conclusion.  The court's majority stated:

The issue before us is whether Dorsey's rights were violated by a judicial order permitting the State to feed him by nasogastric tube after his health devolved to the point that his condition became life-threatening. We answer that question in the negative. 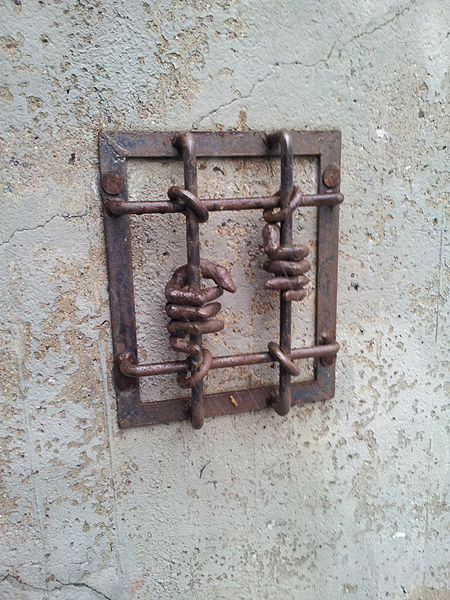 Yet the question of Dorsey's "rights" that were properly before the court occupied the bulk of the majority and dissenting opinions.  The state Department of Corrections and Correctional Services (DOCCS) had originally sought the judicial order relating to Dorsey, a "serial hunger striker," which Dorsey resisted with pragmatic rather than constitutional arguments.  But the state relied heavily on previous New York law - - - including a case involving Mark Chapman, the man convicted of murdering John Lennon - - - to support the constitutionality of forced-feeding.

Chief Judge Lippman, dissenting (and joined by Judge Rivera) argued that there were too many factual distinctions, including any finding that the prisoner or the institution was actually in danger.

As noted, DOCCS's own consulting psychiatrist stated flatly in his assessment that Mr. Dorsey was not suicidal. He was undoubtedly manipulative [as the doctor had stated], but all civil disobedience is manipulative. Manipulativeness, obviously, is not a sufficient predicate for forced feeding by the State.

While concluding that the issues are not properly before the court, and that the case is moot under state constitutional doctrine, the dissenting judges nevertheless concluded

The right to refuse treatment, we have held, is a kind of liberty interest within the protective ambit of the Due Process Clause of the State Constitution. While the right may be overcome in compelling circumstances justifying the state's resort to its police power and the state may thus intervene to prevent suicide, the individual's basic prerogative to make decisions affecting his or her own personal health and right to be left alone, i.e. to personal privacy, ordinarily will trump even the best intended state intervention.

For the majority of the court, however, the balance articulated in Turner v. Safley (1987) was easily resolved in favor of the legitimate penological interests of the prison, including the risk of a "significant destabilizing impact on the institution" by an inmate hunger strike, to allow force feeding an inmate.

Listed below are links to weblogs that reference New York's Highest Court on the Constitutionality of Force-Feeding Hunger Striking Prisoners: