A Sixth Circuit panel today upheld the constitutionality of Michigan's Public Act 53 in its opinion in Bailey v. Callaghan.

As the panel explained, "Thus, under the Act, unions must collect their own membership dues from public-school employees, rather than have the schools collect those dues for them via payroll deductions." 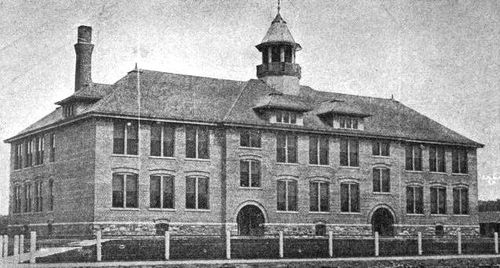 The panel reversed the district court's grant of a preliminary injunction, holding that the challengers' First Amendment and Equal Protection claims were "without merit."

On the First Amendment claim, the panel held that the case was squarely controlled by the Supreme Court's 2009 decision in Ysursa v. Pocatello Educational Ass'n, and the distinctions urged by the challengers were inapposite.  Its summary exiled the dispute from First Amendment terrain:

So Public Act 53 does not restrict speech; it does not discriminate against or even mention viewpoint; and it has nothing to do with a forum of any kind. Instead, the Act merely directs one kind of public employer to use its resources for its core mission rather than for the collection of union dues. That is not a First Amendment concern.

The Equal Protection argument was dispatched with even less fanfare:

The question here is whether there is any conceivable legitimate interest in support of this classification. We hold that there is: the Legislature could have concluded that it is more important for the public schools to conserve their limited resources for their core mission than it is for other state and local employers. The plaintiffs’ equal-protection claim therefore fails.

Dissenting, Judge Jane Branstetter Stranch begins by noting that the "majority spills little ink" - - - the opinion is 5 pages - - - and then proceeds with a more robust analysis of the First Amendment challenge.  She takes seriously the viewpoint discrimination argument given the Michigan legislature's specific statement that the purpose of Act 53 was to put a "check on union power."  This type of viewpoint discrimination means that Ysursa does not control, and in fact "Ysursa expressly acknowledges the long-standing prohibition on viewpoint discrimination in the provision of government subsidies," although the Court held that because that law applied to all employers, there was no viewpoint discrimination. Instead, she relies on Citizens United to contend:

To the extent Act 53’s purpose is to cripple the school unions’ ability to raise funds for political speech because Michigan’s legislature finds that speech undesirable, it is plainly impermissible. Political speech, of course, is a core First Amendment activity that “must prevail against laws that would suppress it, whether by design or inadvertence.” Citizens United v. Fed. Election Comm’n, 130 S. Ct. 876, 898 (2010). And “restrictions distinguishing among different speakers, allowing speech by some but not others,” run afoul of the First Amendment precisely because they are “all too often simply a means to control content.” Id. at 898–99.

This doctrinal prohibition applies not only to laws that directly burden speech, but also to those that diminish the amount of speech by making it more difficult or expensive to speak. See, e.g., Citizens United, 130 S. Ct. at 897.

It does seem that Judge Stranch's dissent has the better argument, and definitely the more developed one.