The Court heard oral arguments today, sans Justice Kagan, in United States Agency for International Development v. Alliance for Open Society International, Inc., involving a First Amendment challenge to a provision of federal funding statute requiring some (but not other) organizations to have an explicit policy opposing sex work. 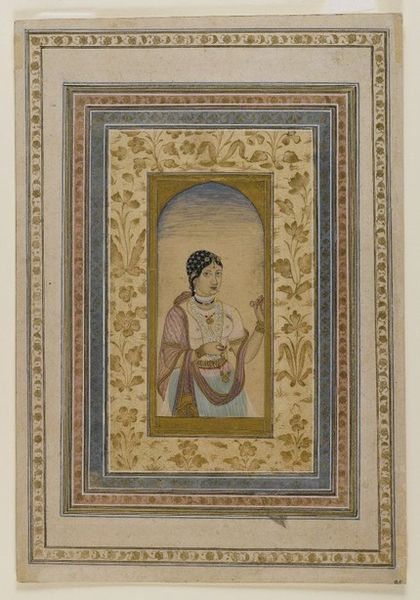 Courtesan in a Window, 18th C.
The United States Leadership Against HIV/AIDS, Tuberculosis, and Malaria Act of 2003 (“Leadership Act”), 22 U.S.C. § 7601 et seq. provides: "No funds made available to carry out this chapter, or any amendment made by this chapter, may be used to provide assistance to any group or organization that does not have a policy explicitly opposing prostitution and sex trafficking, except that this subsection shall not apply to the Global Fund to Fight AIDS, Tuberculosis and Malaria, the World Health Organization, the International AIDS Vaccine Initiative or to any United Nations agency"

In other words, a NGO must have a "prostitution pledge" - - - actually, an anti-prostitution pledge - - - as a condition of receiving funds, unless it is one of the "grandfathered" NGOs.   The question is whether this pledge is compelled speech and whether any compelled speech is sufficient to distinguish the situation from Rust v. Sullivan.  The Second Circuit had held the provision unconstitutional.

Arguing as Deputy Solicitor General in support of the provision's constitutionality, Sri Srinivasan stressed that the Congressional requirement was "germane" to the government's goal in "partnering" with private organizations.  Justice Scalia, in addition to finding the term "partnering" a "terrible verb," seemed to voice sentiments consistent with his previous conclusions in funding cases that the government can choose to spend its money as it wished. Interestingly, Justice Alito was more troubled, as he expressed in his first comment and question to the Deputy Solicitor General:

JUSTICE ALITO: I'm not aware of any case in which this Court has held that it is permissible for Congress to condition Federal funding on the recipient's expression of agreement with ideas with which the recipient disagrees. I'm not aware of any case in which that kind of compelled speech has been permitted.  And I would be interested in -- and it seems to me like quite a -- a dangerous proposition. I would be interested in whatever limitations you think there might be on that rule, which seems to be the general rule that you're advocating. Other than the requirement of germaneness, is there anything else.

Justice Ginsburg's concerns were similar, with an addition of the question of the recipients as foreign NGOs as a distinguishing feature from precedent as well as a practical issue.

David Bowker, arguing for Alliance for Open Society and other organizations, attempted to distinguish a funding criteria from mandated speech once the fnding decision had been made, although this led into a discussion of viewpoint discrimination rather than compelled speech.  Later, Bowker brought it back to the distinction based upon Rust v. Sullivan, in  a colloquy with Justice Sotomayor:

MR. BOWKER: And what Rust says, and I – I think we fall back on Rust, which we think is just on all fours with where we are here, and that is what the government cannot do -- and I think this answers your question -- is outside the government program the government cannot control private speech. And it was critical in that case -- Justice Rehnquist, at pages 196 and 197, said, "The doctors there and the public health organizations there are free to engage in their own private speech and their own activities, and they are not required to endorse any viewpoint they don't, in fact, hold." And here -­

It was not until the Government's rebutal that one of the oddest features of the statute was raised, when Sotomayor stated,

JUSTICE SOTOMAYOR: I would have less problem accepting your message if there weren't four major organizations who were exempted from the policy requirement . . .

There seems to be a bit of selection on the government in terms of who it wants to work with. It would seem to me that if you really wanted to protect the U.S., you wouldn't exempt anybody from this.

In his last moments of argument, Srinivasan, responding to Justice Ginsburg, argued that the exemptions made "good sense" given that three of the four have members that are sovereign entities.  Unfortunately, the rationale supporting that fourth entity was not explored.

The hypotheticals and examples raised by the Justices in oral argument showed some concern about just how far Congress could extend a provision similar to the one about prostitution in the Leadership Act.  The distinction between funding and compelled speech doctrines was often obscured, making the outcome uncertain.  More certain is that Justice Kagan's perspective will be sorely missed.

Listed below are links to weblogs that reference Oral Arguments in USAID v. Alliance for Open Society, the "Prostitution Pledge":