The oral arguments in Adoptive Couple v. Baby Girl, on certiorari to the South Carolina Supreme Court will be held on April 16.  The case, also known as “Baby Veronica,” is an emotional struggle over custody of a small child.

On one view, the Court’s task is a relatively simple one of statutory interpretation, including the definition of “parent” in the Indian Child Welfare Act, ICWA.  The petitioners, the adoptive couple, articulate the questions presented as:

(1) Whether a non-custodial parent can invoke the Indian Child Welfare Act of 1978 (ICWA), 25 U.S.C. §§ 1901-63, to block an adoption voluntarily and lawfully initiated by a non-Indian parent under state law.

(2) Whether ICWA defines “parent” in 25 U.S.C. § 1903(9) to include an unwed biological father who has not complied with state law rules to attain legal status as a parent.

The Brief of the United States as amicus curiae, supporting the respondent father and tribe has a similar issue statement, asking whether the state courts properly applied ICWA

to award custody of an Indian child to her biological father over an adoptive couple, where the father acknowledged and established his paternity and no remedial measures had been taken to avoid termination of his parental rights.

However, the case is not merely one of statutory interpretation, but raises important, if not always obvious, constitutional issues.

First, Congressional intervention in child welfare must rely on a particularly enumerated power of Congress, the usual one being the Spending Clause.  For Native Americans, however, Congressional power is often labeled “plenary,” although it is grounded most specifically in the Indian Commerce Clause, Art. I §3 cl. 8.   ICWA was intended to prevent the removal of Native children from their parents - - - as well as their tribes - - - a history that many of the amicus briefs discuss in depth. 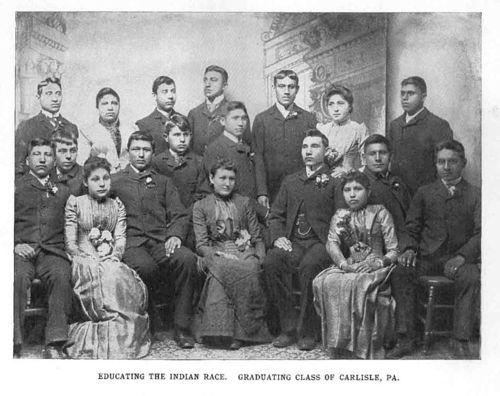 Second, and relatedly, this Congressional power over Native children raises federalism issues, especially given that child custody and adoption are generally within the state’s police powers.  In the case of Baby Veronica, the South Carolina Supreme Court affirmed the trial judge’s application of ICWA to deny the adoption and award custody to the Native father. Yet the very existence of ICWA arguably intrudes upon state police powers.


Third, and most stealthily, the case may present issues of due process and equal protection.  In the brief on behalf of Baby Veronica through her Guardian ad Litem authored by Paul Clement, the arguably “erroneous interpretation” of ICWA “raises serious constitutional issues.”  In this argument, the best interests of the child standard - - - the usual touchstone in child adoption and custody - - - aspires to a constitutional right of the child.  Moreover, the state court’s decision violated the baby’s equal protection and due process rights.

For example, the brief analogizes to the equal protection case of Palmore v. Sidoti:

In Palmore, this Court struck down the use of racial classifications to remove a child from an appropriate custody placement. This case is no different. Baby Girl’s Indian blood quantum was the sole reason the lower court ordered her removed from the loving, stable home she had lived in since birth and placed with a biological father whose failure to timely care for her extinguished any parental rights he might otherwise have had under state law or the Constitution.

Less successfully, the brief attempts to articulate a liberty interest of the child:

And “to the extent parents and families have fundamental liberty interests in preserving such intimate relationships, so, too, do children have these interests, and so, too, must their interests be balanced in the equation.” Troxel v. Granville, 530 U.S. 57, 88 (2000) (Stevens, J., dissenting).

Yet ultimately, the brief argues that there is an (unconstitutional) racial classification if ICWA is applied too broadly.  Clement argues that ICWA should be interpreted to limit "its application to adoption and custody proceedings involving children who are either domiciled on a reservation or have some other tribal connection beyond biology."

These limitations are crucial to preserving the Act’s constitutionality, ensuring that the Act’s differential treatment of Indians operates only to promote tribal sovereignty and the unique interests of Indians as tribal citizens, and not as invidious racial discrimination that arbitrarily trumps Baby Girl’s liberty interests.  [ICWA's] definition of parent, properly interpreted, avoids these difficulties by declining to give an unwed Indian father rights based on biology alone that no non-Indian unwed father enjoys.

Moreover, ICWA's constitutional interpretation rests upon limiting its "application to children in the pre-existing custody of an Indian parent or other circumstances in which there is a distinct connection to tribal interests."

Clement - -  who so recently represented BLAG supporting the constitutionality of DOMA in United States v. Windsor - - - here has quite a different view of equality and federal power.

While it is unlikely that these constitutional arguments assume center stage, they may infuse the statutory interpretation of ICWA so squarely before the Court.

Listed below are links to weblogs that reference Oral Argument Preview: Adoptive Couple v. Baby Girl and the Constitutional Issues: