Today's oral arguments in Adoptive Couple v. Baby Girl, which we previewed yesterday, were indeed a mix of statutory interpretation and application of the Indian Child Welfare Act (ICWA) and constitutional issues, with a dose of family law. 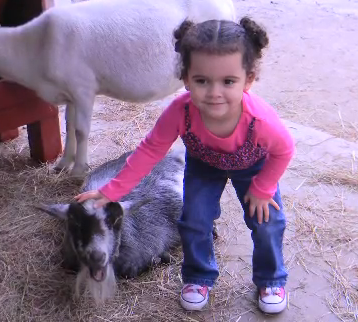 Image of Baby Veronica from NCAI

Arguing for the adoptive couple, Lisa Blatt described the biological father as equivalent to "a sperm donor," causing Justice Scalia to counter with an assertion of fatherhood ("He's the father. He's the father.") to which Blatt replied, "And so is a sperm donor under your definition. He's a biological father and nothing else in the eyes of State law."   By this description, Blatt not only argued that the biological father was not a parent under ICWA, but also tended to erode any constitutional rights that the father might have.  Blatt also took on the constitutional argument more directly, arguing that ICWA would "raise grave constitutional concerns" if "Congress presumptively presumed that a non-Indian parent was unfit to raise any child with any amount of Indian blood."

The "amount of Indian blood" was an issue that attracted the attention of Chief Justice Roberts, who has been attentive racial identities in the affirmative action cases, including Fisher argued earlier this Term. During Charles Rothfeld's argument on behalf of the biological father, Roberts posed a "hypothetical" about an Indian tribe that had a "zero percent blood requirement"  and enrolled members who "think culturally they're a Cherokee."  Justice Ginsburg objected that this was not the ICWA definition and Justice Scalia agreed that Roberts' hypothetical would be a "null set," but Roberts posed the query again.  Rothfeld replied that such "wild hypotheticals" would "present political questions to be addressed by Congress or addressed by the executive branch."

Arguing between Blatt and Rothfeld, Paul Clement, on behalf of the child's law guardian - - - asserting the child's best interests as assumed by the guardian - - - also contended that ICWA was constitutionally suspect.  The "Indian child" is a racial classification:

And as a result of that her whole world changes and this whole inquiry changes. It goes from an inquiry focused on her best interests and it changes to a focus on the birth father and whether or not beyond a reasonable doubt there is a clear and present danger.

Clement's characterization of ICWA's standard was somewhat hyperbolic, although the statute does require the high standard and does have a "substantial and immediate danger or threat of such danger" exemption.  This resonated with Blatt's rebuttal, expressing the dangers of a Court affirmance of the South Carolina Supreme Court's opinion in favor of the biological father:

And you're basically relegating the child, the child to a piece of property with a sign that says, "Indian, keep off. Do not disturb." This case is going to affect any interracial adoption of children.

It is highly unlikely that the Court will address the lurking equal protection racial classification issue, however its importance was revealed in Paul Clement's colloquy with Justice Kennedy about "constitutional avoidance."  Justice Breyer essentially asked Clement how to remedy the situation and Clement responded that because ICWA provides "extraordinary" protections that "it only makes sense to prove something more than bare paternity."

It is more likely that the Court's usual conservative/liberal dichotomy will not be apparent in the ultimate opinions.

Listed below are links to weblogs that reference ICWA, Baby Girl (Veronica), Race and Fatherhood at the Supreme Court: