Even as we await the United States Supreme Court's opinion on the constitutionality of a university's affirmative action plan in Fisher v. University of Texas argued October 10, it has become clear that Fisher will not be the Court's last affirmative action case. 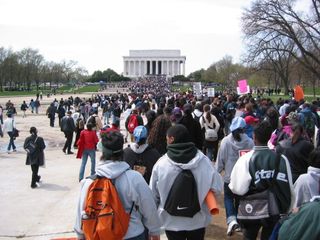 The en banc Sixth Circuit was seriously fractured, but none of the opinions considered the Court's affirmative action cases of Grutter and Gratz (or the pending case of Fisher).  Instead, the relevant doctrine was the so-called "political process" aspect of the Equal Protection Clause which asks whether a majority may vote to amend its constitution to limit the rights of a minority to seek relief?  This underlying problem is similar to some of the arguments in the Proposition 8 case - - - Hollingsworth v. Perry - - - to be argued before the Supreme Court tomorrow, March 26, and certainly resonates with the Ninth Circuit's reasoning in Perry finding that Prop 8 was unconstitutional.

In the case of Michigan's Prop 2, the Sixth Circuit majority found it troublesome that only as to racial classifications in university admissions would a person seeking to change policy have to amend the state constitution, as contrasted to other classifications that could be changed by various other means, including simply persuading an admissions committee.

And one additional "wrinkle": Justice Kagan is recused in Coalition to Save Affirmative Action.