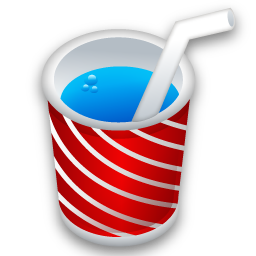 The constitutional issues in the challenge to NYC Health Code §81.53 - - - the New York City Department of Health regulation prohibiting sugary drinks in restaurants, movie theaters and arenas to exceed 16 ounces - - - largely involve the power of a city agency to promulgate such a rule.  Today, a state trial judge, Milton Tingling, issued an decision in New York Statewide Coalition of Hispanic Chambers of Commerce v. NYC Department of Health and Mental Hygiene enjoining §81.53 for violating the state separation of powers doctrine.

After a lengthy discussion of New York City Charters - - - beginning with the first charter in 1686 - - - Judge Tingling wrote:

To accept the respondents' interpretation of the authoriy granted to the Board [of Health] by the New York City Charter would leave its authority to define, create, mandate and enforce limited only by its own imagination. . . . The Portion Cap Rule, if upheld, would create an administrative Levianthan and violate the separation of powers doctrine.  The Rule would not only violate the separation of powers doctrine, it would eviscerate it.  Such an evisceration has the potential to be more troubling that sugar sweetened beverages.

The judge's conclusion that the regulation was therefor "arbitrary and capricious" followed from the lack of agency power.

The ruling is sure to be appealed from the supreme court - - - which in New York is the lowest and trial court - - - to an appellate court.

UPDATE: NYC filed an appeal the day after the decision; COMMENTARY on the opinion here.

Listed below are links to weblogs that reference NYC Soda Regulation Enjoined by State Judge :