Irons's Case for Repudiation of the Japanese American Internment Cases

The Supreme Court in those cases upheld convictions of Japanese Americans for violations of the military curfew and exclusion orders issued by President Franklin D. Roosevelt on February 19, 1943. 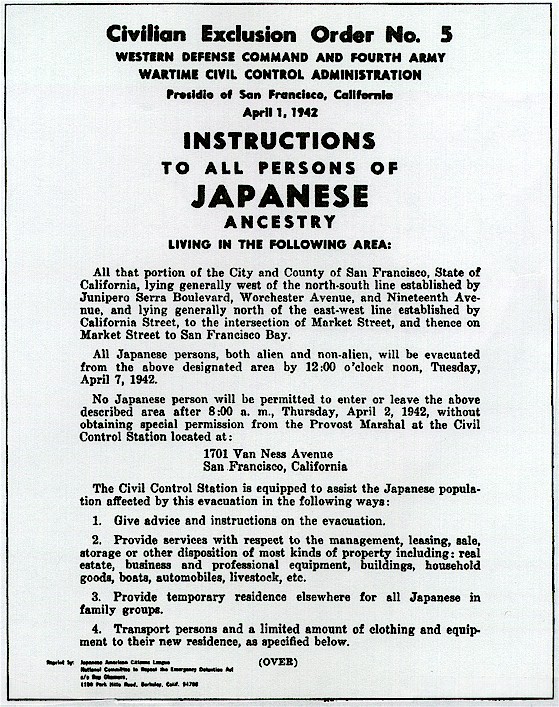 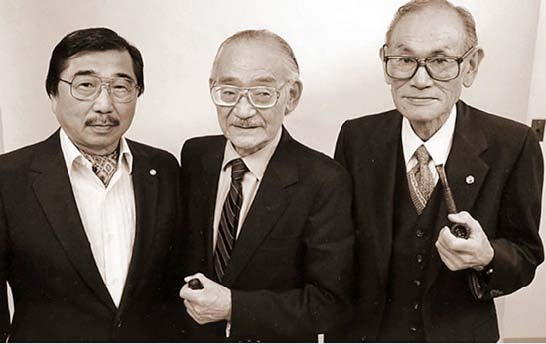 Irons now calls for Supreme Court repudiation of Hirabayashi, Yasui, and Korematsu, an unprecedented act, but one that Irons says is appropriate here:

This essay presents the case for the Supreme Court to . . . formally repudiat[e] its decisions in the Japanese American internment cases, issuing a public statement acknowledging that these decisions were based upon numerous and knowing acts of governmental misconduct before the Court, and were thus wrongly decided.  These acts of misconduct, documented and discussed herein, were committed by several high-ranking military and civilian officials (including the Solicitor General of the United States) before and during the pendancy of the internment cases before the Supreme Court.  Consequently, the Court was forced to rely in making its decisions on records and arguments that were fabricated and fraudulent.  Sadly, the Court's unquestioning acceptance of these tainted records, and its upholding of the criminal convictions of Gordon Hirabayashi, Minoru Yasui, and Fred Korematsu, has left a stain on the Court's integrity that requires the long overdue correction of public repudiation and apology, as both the legislative and executive branches of the federal government--to their credit--have now done.

Irons explains why Hirabayashi, Yasui, and Korematsu couldn't get the Supreme Court's rulings overturned, and thus why his efforts are now necessary:

Admittedly, a public repudiation of the Japanese American internment cases would be unprecedented, considering that the cases are technically moot, since the Solicitor General of the United States at the time, Charles Fried, did not ask the Court to review the decisions of the federal judges who vacated the convictions, pursuant to writs of error coram nobis that were filed in all three cases in 1983 and decided in opinions issued in 1984, 1986, and 1987.  The government's decision to forego appeals to the Supreme Court left the victorious coram nobis petitioners in a classic Catch-22 situation: hoping to persuade the Supreme Court to finally and unequivocally reverse and repudiate the decisions in their cases, they were unable--as prevailing parties in the lower courts--to bring appeals to the Court.

Irons argues that the Court "has both the inherent power and duty to correct its tainted records through a public repudiation of the wartime decisions."

This is a piece in the finest tradition of making academic work relevant to the real world--what Irons does so well.  It's a persuasive piece of history, scholarship, and activism by somebody who helped make--and continues to make--that story.  Highly recommended.

Listed below are links to weblogs that reference Irons's Case for Repudiation of the Japanese American Internment Cases:

Many thanks to Steve and Ruthann for posting this on their blog, and linking to my essay, which I hope you will read. I plan to send copies of the essay to each current Justice, along with letters asking them to consider issuing a public statement of repudiation of the internment cases. Before I do that, I am compiling a list of law professors who support this appeal to the Justices, which I will enclose with the letters. Significantly, eight Justices have indicated (in opinions, speeches, books, and statements at confirmation hearings) their disavowal of the internment decisions (Justice Thomas has been equivocal; he joined justice O'Connor's opinion in Adarand (1995) labeling Korematsu as an "illegitimate" racial classification, but has also cited it in support of "deference" to wartime executive action). Given the evidence of governmental misconduct in the internment cases, Thomas might consider them deserving of repudiation. Hard to predict.

Former Acting Solicitor General Neal Katyal's "confession of error" in these cases was not formally submitted to the Court, but I think it will add weight to this informal appeal to the Justices. At the least, I hope this appeal will prick their consciences, and spur them to consider the final "expiation" that Eugene Rostow urged in 1945.

Let me ask any readers who support this (perhaps Quixotic but hopefully successful) proposal, and are willing to add their names to the list of supporters, to contact me at pirons@ucsd.edu.