Arizona's HB 2281, which we noted when it was passed in 2010,  has been primarily upheld by federal district judge Wallace Tashima in his opinion late last Friday in Acosta v. Huppenthal.   Recall that HB 2281, codified as Arizona Revised Statute §15-112 provides:

A. A school district or charter school in this state shall not include in its program of instruction any courses or classes that include any of the following:

1. Promote the overthrow of the United States government.
2. Promote resentment toward a race or class of people
3. Are designed primarily for pupils of a particular ethnic group.
4. Advocate ethnic solidarity instead of the treatment of pupils as individuals. 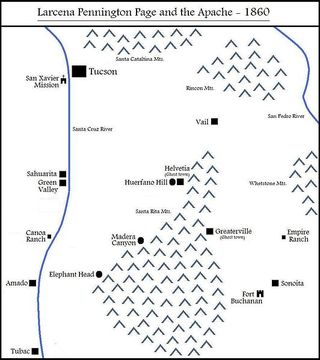 Savings clauses in subsections E and F state that the statute should not be construed to restrict or prohibit instruction in various matters, including "the historical oppression of a particular group of people based on ethnicity, race, or class."

As to the First Amendment, Judge Tashima explained:

Plaintiffs’ First Amendment claims are premised on two bases: the  right to speak freely in the classroom, and the right to receive information and ideas. The first basis cannot sustain their claims because the statute does not limit what students can say in the classroom. But the statute does implicate the second basis because Plaintiffs have an established right to receive information and ideas in the classroom. Limitations on this right, however, are subject only to limited scrutiny, i.e., whether the provisions are reasonably related to a legitimate pedagogical concern.

In construing the first and second provisions - - - banning courses that  "promote the overthrow" or "promote resentment" - - -  he stressed a narrow reading of the word "promote."  He also ruled that the exception for "historical oppression" (in the savings clause section F) keeps "the proscription from crossing the constitutional line."

However, he held that the third subsection - - - "Are designed primarily for pupils of a particular ethnic group" - - - could not be similarly saved.  He noted that this provision does not promote any legitimate interest that is not already covered by the second provision, and could "chill the teaching of legitimate ethnic studies courses."

He returned to his narrow reading to uphold the fourth provision - - - "advocate ethnic solidarity:"

Judge Tashima disposed of the Equal Protection and Due Process challenges with much more expediency.  Regarding Equal Protection, he found that the statute did not make an express racial classification, and although there were "red flags"  and "some aspects of the record may be viewed to spark suspicion that the Latino population has been improperly targeted" that "on the whole, the evidence indicates" that it was the program and not "Latino students, teachers, or community members who supported or participated in the program" that was the issue.  Regarding Due Process, Judge Tashima concluded in a paragraph that there was no prima facie showing.

It seems likely that an appeal to the Ninth Circuit will be forthcoming.

Listed below are links to weblogs that reference Federal District Judge Upholds Most of Arizona's Anti-Ethnic Studies Law, HB 2281: