William Scott MacDonald was arrested more than a year after Lawrence v. Texas (2003), for solicitation to violate Virginia's (anti-)sodomy law, Va. Stat §18.2-361(A): "If any person . . . carnally knows any male or female person by the anus or by or with the mouth, or voluntarily submits to such carnal knowledge, he or she shall be guilty of a [felony.]"  He was eventually sentenced to ten years, with nine years suspended, and thereafter compelled to register as a sex offender.  His life, as Adam Liptak reported in 2011, has not been easy. 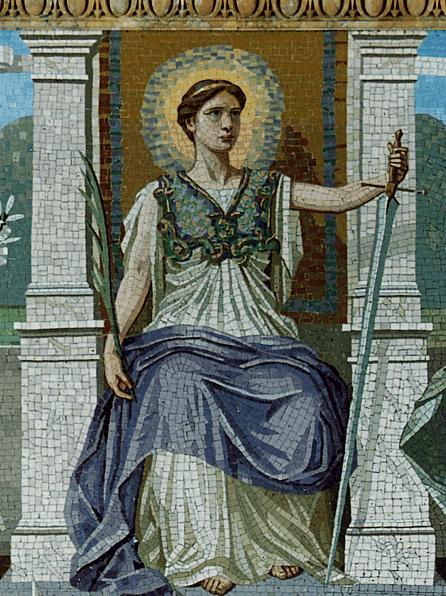 The underlying problem is the often-called "caveat language" in Justice Kennedy's opinion in Lawrence v. Texas:

In MacDonald's situation, the solicitation - - - all parties agree no sex actually occurred - - - was found to be of a 17 year old woman.  (Interestingly, the 47 year old MacDonald had originally contacted law enforcement alleging that the young woman had sexually assaulted him; he was also convicted of the misdemeanor of making a false report.)  The prosecution thus successfully argued that Lawrence v. Texas was inapposite since the Virginia statute - - - as applied - - - was constitutional.  This argument succeeded even though the the age limit in the solicitation statute was 15, not 18.

The Commonwealth of Virginia was similarly successful in its arguments in state courts on direct appeal and postconviction relief.  MacDonald thereafter sought federal habeas relief, with the district judge rejecting the constitutional arguments.

The Fourth Circuit's opinion yesterday in MacDonald v. Moose belatedly provides relief for MacDonald.  The panel majority wrote that "we are constrained" to  find an entitlement to habeas corpus relief on the ground that the Virginia anti-sodomy provision "facially violates the Due Process Clause of the Fourteenth Amendment."   The Fourth Circuit's opinion seems at times quite deferential to Virginia, but at two points the opinion sharpens its rhetoric.

First, the panel points to an inconsistency in Virginia's treatment of MacDonald:

The Commonwealth’s efforts to diminish the pertinence of Lawrence in connection with MacDonald’s challenge to the anti-sodomy provision — an enactment in no way dissimilar to the Texas and Georgia statutes deemed unconstitutional by the Supreme Court — runs counter to Martin v. Ziherl, 607 S.E.2d 367 (Va. 2005). In that case, the Supreme Court of Virginia evaluated the constitutionality of a state statute having nothing to do with sodomy, but instead outlawing ordinary sexual intercourse between unmarried persons. The state supreme court nonetheless acknowledged that Lawrence was sufficiently applicable to require the statute’s invalidation.

Second, in a footnote the panel majority expressed its disagreement with the dissent in terms that questioned Virginia's prosecutorial choices:

The dissent’s finely honed distinction that, unlike Lawrence and Bow- ers, this "case" involves minors, is made possible solely by the Commonwealth’s decision to institute prosecution of a man who loathsomely solicited an underage female to commit an act that is not, at the moment, a crime in Virginia. The Commonwealth may as well have charged Mac- Donald for telephoning Ms. Johnson on the night in question, or for persuading her to meet him at the Home Depot parking lot. The legal arm of the Commonwealth cannot simply wave a magic wand and decree by fiat conduct as criminal, in usurpation of the powers properly reserved to the elected representatives of the people.

Yet despite this outcome, and the amicus brief the case attracted, it is difficult not to believe some apology is yet owed to MacDonald.