First in a Series: Guest Post by Meghan McLoughlin, City University of New York (CUNY) School of Law, class of 2014 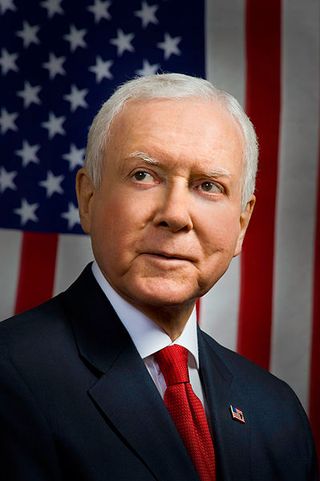 The Amici were all sitting United States Senators who served in the 104th Congress House or Senate and voted for passage of the Defense of Marriage Act (“DOMA”). Their interest in writing this brief was to inform the Court of the important interests that DOMA was enacted to serve. Therefore, this brief does not explore the equal protection levels of scrutiny and their applicability to DOMA or discuss every interest in enacting DOMA, as the Bipartisan Legal Advisory Group (“BLAG”) did in their brief. Rather, the The Amici’s argument focuses on and expounds specifically federal interests that were considered and explained throughout DOMA’s legislative history, but which the Amici feel were ignored, misunderstood, or summarily dismissed in the courts below.

First, the Amici contend alongside BLAG that pre-DOMA law did not recognize same-sex marriage, and that DOMA merely reaffirmed the existing federal definition. Like BLAG, the brief cites to other federal statutes and benefits describing spouses as husband and wife, and explains that at the time federal benefit statutes were enacted, no state recognized same-sex marriages. Both briefs state that DOMA was a response to the Hawaii case, Baehr v. Lewin,  but  the Amici go as far to describe Congress’s view that Baehr was “part of an orchestrated legal assault being waged against traditional heterosexual marriage.” [Brief, pg. 2]

Second, the Amici echoed BLAG’s asserted interest of uniformity and certainty in the application of federal law. In addition to BLAG’s claim that a federal definition of marriage is necessary to ensure that couples in different states do not have different eligibility to receive Federal benefits, the Amici also explain that DOMA was enacted to avoid state by state and statute by statute litigation over whether a couple who had married in a state that recognized same-sex marriage would be “married” if they moved to another state. The outcome of this type of litigation would largely depend on whether a state had a strong public policy against same-sex marriage, which would vary state to state. DOMA was enacted to prevent this litigation, which would have varying and inconsistent results. The Amici further contend that there is nothing suspicious or novel about Congress preferring this uniformity over deference to state law – especially when Congress is confronted by an effort to change the definition of marriage contrary to history and tradition.

Third, similarly to BLAG, the Amici reject the argument that DOMA interferes with the autonomy of states to define marriage and claim that Section 3 of DOMA protects the ability of states to preserve traditional marriage. Like BLAG, the Amici reference Section 2 of DOMA as preserving and protecting the autonomy of each individual state. In addition, the Amici claim that Section 3 of DOMA preserves the traditional definition of marriage by removing the incentive that might otherwise encourage efforts to change state law to recognize same-sex marriage. The Amici state that if recognizing same-sex marriage would allow same-sex couples to obtain federal benefits, those seeking recognition by the courts would have a powerful weapon, especially in the cases of sympathetic plaintiffs.

Finally, the Amici devote the last section of their brief to the claim that support for traditional marriage is not unconstitutional animus. Although BLAG also contends that DOMA is not motivated by animus, the Amici specifically claim that the Court’s animus jurisprudence does not support invalidating an otherwise constitutional statute based on the subjective motivations of individual legislators. Thus, where, as here, there is sufficient legislative history to indicate the law is rationally related to some legitimate governmental interest, the law cannot be invalidated by the improper motives of some legislators. Moreover, the Amici argue, there is no basis to equate support for the traditional definition of marriage with unconstitutional animus. They contend it is not irrational or bigoted to oppose the redefinition of marriage that is unknown to history or tradition.

The Amici did not present any entirely new interests or arguments in support of DOMA, but rather further explained and detailed interests that have already been discussed in the BLAG brief and in the court decisions below. It was an opportunity for the Amici to present more rationales connecting the asserted interests to DOMA but did not necessarily help  in understanding BLAG’s arguments. In addition, the Amici characterized the potential for recognition of same-sex marriage as an orchestrated conspiracy to undermine their view of marriage, which may not have been appropriate for a party’s brief given its strong language.

[posted and edited by RR]

Listed below are links to weblogs that reference Daily Read: US v. Windsor, the DOMA Case, Amicus Brief of Senators Hatch et. al. in Support of BLAG: