Debuting on line today is volume 37:1 of the NYU Review of Law & Social Change, a symposium issue dedicated to Perry v. Brown, now Hollingsworth v. Perry that is scheduled to be heard by the United States Supreme Court in 15 days.

According to the Introduction, the Symposium editors sought to present the issue as a "time capsule," filled with "leading and emerging voices in the LGBTQ movement" as well as other scholars, "reflecting on Perry before the Court has its final say, before anyone gets the benefit of 20/20 hindsight."  The comments were "first drafted before the Court had even granted certiorari" on the premise that Perry was already an important case.

The Symposium participants were asked to address three queries.  Here are the questions and the participants: 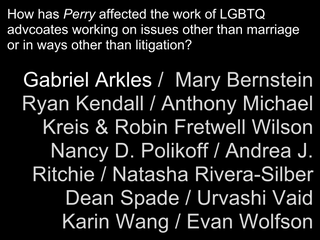 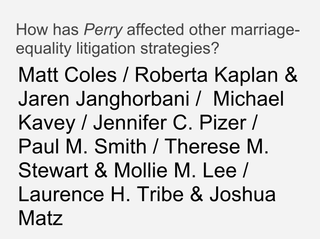 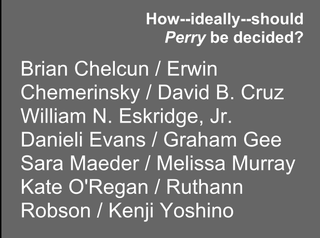 The Symposium will also be available as a print issue, but meanwhile having its full contents available before the arguments makes it more valuable as a daily - - - or weekly - - - read.

Listed below are links to weblogs that reference Daily Read: Symposium Issue on Perry from NYU Review of Law & Social Change :