Administration Won't Use Domestic Drones to Kill Americans, After All

It turns out that the administration won't use drones to kill Americans on U.S. soil after all, according to White House Press Secretary Jay Carney earlier today.  This seems a very strange thing to be relieved about, but this is the level of discussion after AG Eric Holder earlier this week suggested in a letter to Senator Rand Paul that there might be extraordinary circumstances when the White House could order such a strike.  Senator Paul then engaged in a 13-hour talking filibuster, holding up a vote on John Brennan to head the CIA, in protest. 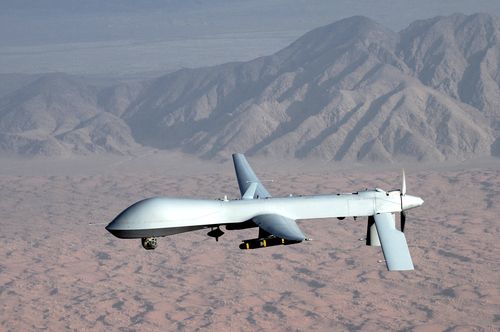 Listed below are links to weblogs that reference Administration Won't Use Domestic Drones to Kill Americans, After All:

I don't understand the relief over Carney's position. He said only that POTUS "has not" and "would not" kill U.S. citizens on U.S. soil, not that he "could not" do so, which seems to me the only relevant question. If the executive _can_ do a thing, then shy demurral in the face of criticism just signals a reticient policy, not a constitutional bar.