Writing in a "Statement" accompanying the denial of certiorari in Calhoun v. United States today, Justice Sotomayor (joined by Justice Breyer) sought to "dispel any doubt whether the Court’s denial of certiorari should be understood to signal our tolerance of a federal prosecutor’s racially charged remark." 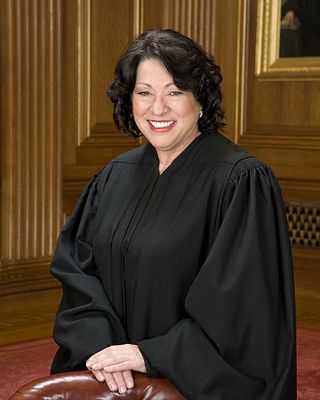 Defendant Calhoun's intent to participate in a drug conspiracy was a central issue and the defendant took the stand.  As Sotomayor explains:

The prosecutor pressed Calhoun repeatedly to explain why he did not want to be in the hotel room. Eventually, the District Judge told the prose- cutor to move on. That is when the prosecutor asked, “You’ve got African-Americans, you’ve got Hispanics, you’ve got a bag full of money. Does that tell you—a light bulb doesn’t go off in your head and say, This is a drug deal?”

But the unusual posture of the case - - - including issues preserved for appeal - - - meant that Sotomayor's Statement was a statement, and not a dissent from the denial of certiorari.  But a strong statement it certainly was:

I hope never to see a case like this again.

Listed below are links to weblogs that reference Sotomayor Focuses on Prosecutor's "Racially Charged" Remark :

Why aren't more people outraged that 7 of 9 Supreme Court justices did not sign on to Justice Sotomayors statement. It is astonishing and dispiriting.