ABC News today posted a story on constitutional changes that the experts would like to see.  Among them:

The story also quote a couple of law students, both of whom seemed to agree that while the Constitution contains timeless, enduring principles, it needs to keep up.  "[I]n order for the Constitution to survive we can't apply it as it was applied in 1790 when there was no such thing as indoor plumbing."

Thus, in addition to yoking contemporary progressive goals to the vision of the Revolutionary War generation, Obama's emergent constitutional canon appears bent on revitalizing a cornerstone of the Civil War era's more unequivocally progressive vision.  Indeed, he seems already to have sparked an incipient dialogue around that prospect.

By engaging the right on the meaning of the Constitution, Obama has broken new ground.  For progressives, he has sketched a fresh template for countering their adversaries' long-unanswered constitutional narrative.

The leak of the DOJ white paper on drone attacks and its publication raise yet again the First Amendment issues surrounding prosecutions for leaks and possibily for publication. The report centers wikileaks and Bradley Manning, but also discusses five other pending prosecutions that have received less publicity, including the Administration's attempt to compel New York Times reporter James Risen to testify at the trial of former CIA officer Jeffrey Sterling, who is accused of providing classified information to Mr. Risen that formed the basis of part of Risen's book, State of War: The Secret History of the CIA and the Bush Administration.

The report considers the statutory frameworks, problems such as jurisdiction and extradition, other legislative proposals, and - - - in six pages - - - the constitutional issues.  While brief, the First Amendment discussion is nevertheless a good review and a good reminder that the law is deeply unsettled even with respect to classified information.

The idea to create a judicial check on the administration's use of targeted killings seems to be gaining some momentum, according to several sources, including WaPo and NYT.  According to the reports, the idea is to create a secret court, like the FISA court, to provide a measure of process before the government kills a person by drone attack.  There is some concern that a court could act quickly enough, however.  Senate Intelligence Committee Chairman Senator Diane Feinstein said she and others may explore the idea of a special court.

The U.S. Conference of Catholic Bishops released a statement today saying that the newly proposed HHS regulations on the contraception-coverage provision of the Affordable Care Act don't do enough to protect religious liberties.  According to the statement, the Conference has three problems:

The statement says that the Conference will submit its concerns in the notice-and-comment period for the proposed rules.

The Justice Department today released a series of legal memos outlining the case for the administration's use of drone attacks to the Senate Intelligence Committee, according to WaPo.  But the memos are (inexplicably) not for public consumption.

The release came just days after the leak of a DOJ white paper outlining the legal case for drone attacks on Americans overseas, and just hours before John Brennan's confirmation hearing before the Committee to be CIA director.  Brennan defended the attacks in his testimony. 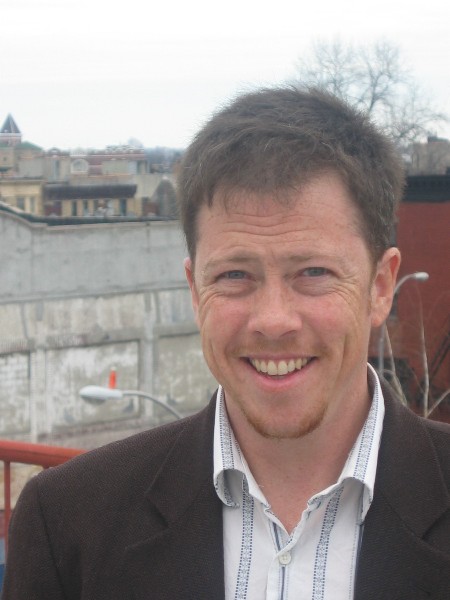 Policitical Science Professor (and Chair of the Department) Paisley Currah (pictured) of Brooklyn College has been embroiled in a "firestorm" of late.  As Professor Currah writes in The Chronicle of Higher Education:

Last month the political-science department at Brooklyn College, which I chair, was asked to either cosponsor or endorse a panel discussion on the boycott, divestment, and sanctions (BDS) movement organized by a student group, Students for Justice in Palestine. We decided to cosponsor the event, which is to take place on Thursday and to feature the philosopher Judith Butler and the Palestinian-rights activist Omar Barghouti. The BDS movement advocates using nonviolent means to pressure Israel to withdraw from Palestinian territories. Our decision landed us in a firestorm.

The flames of the firestorm have been fanned by controversial LawProf Alan Dershowitz as well as a letter signed NYC officials with (somewhat) veiled threats of reducing government funding.  The NYT weighed in on the matter, comparing it to Chuck Hagel's nomination for secretary of defense, and the Center for Constitutional Rights has also highlighted the controversy. As Professor Currah concludes:

The damage wrought by this controversy, however, could be long-lasting, and the lesson for other colleges is, I think, instructive. Many people have written letters and signed petitions in support of the principle of academic freedom, and my colleagues and I appreciate those efforts. But what we have learned at Brooklyn College is that supporting the principle of academic freedom is one thing; exercising that freedom by organizing or cosponsoring an event on a highly charged subject, like BDS, is another.

For ConLawProfs teaching First Amendment this semester, the underlying facts could be the basis for an excellent class discussion or exercise.  For everyone involved in the academic enterprise, Currah's piece is an important read.

A Department of Justice white paper leaked to NBC gives the more detailed version of the administration's legal case for drone attacks against overseas Americans associated with al-Qa'ida.  (Note that the white paper is unsigned and undated; it is not an OLC memo.  It is titled simply "Department of Justice White Paper.")  Michael Isikoff wrote on the white paper here.  The leak is significant, because the administration has steadfastly refused to release a formal legal justification for the program.  Just last month, the administration successfully defended against a FOIA claim in federal court seeking legal justification for the program.)

According to the white paper, the president has constitutional authority to order drone attacks and is not prohibited by due process.  The paper says that the president has authority to respond to order strikes as part of his authority to defend the country against the imminent threat posed by al Qa'ida and associated forces, including U.S. citizens associated with al Qa'ida, under "the inherent right of the United States to national self defense under international law, Congress's authorization of the use of all necessary and appropriate military force against this enemy, and the existence of an armed conflict with al-Qa'ida under international law."

According to the paper, due process does not prohibit this:

Were the target of a lethal operation a U.S. citizen who may have rights under the Due Process Clasue and the Fourth Amendment, that individual's citizenship would not immunize him from a lethal operation.  Under the traditional due process balancing analysis of Mathews v. Eldridge, we recognize that there is no private interest more weighty than a person's interest in his life.  But that interest must be balanced against the United States' interest in forestalling the threat of violence and death to other Americans that arise from an individual who is a senior operational leader of al-Q'aida or an associated of al-Q'aida and who is engaged in plotting against the United States.

Instead, the white paper sets out a three-part test for targeted killing of a U.S. citizen who is outside the United States and who is "an operational leader continually planning attacks against U.S. persons and interests":

(1) where an informed, high-level official of the U.S. government has determined that the targeted individual poses an imminent threat of violent attack against the United States;

(2) where a capture operation would be infeasible--and where those conducting the operation continue to monitor whether capture becomes infeasible; and

(3) where such an operation would be conducted consistent with applicable law of war principles.

The paper says that "[i]n these circumstances, the 'realities' of the conflict and the weight of the government's interest in protecting its citizens from an imminent atack are such that the Constitution would not require the government to provide further process to such a U.S. citizen before using lethal force."

The paper, however, goes on to define "imminent" quite broadly (and surprisingly): "the condition that an operational leader present an 'imminent' threat of violent attack against the United States does not require the United States to have clear evidence that a specific attack on U.S. persons and interests will take place in the immediate future."  The paper also goes on at length as to why this isn't unlawful murder.

It mentions as part of the justification that "under the circumstances described in this paper, there exists no appropriate judicial forum to evaluate these constitutional considerations."

The D.C. Circuit most recently rejected these claims based on the administration's promise to issue new regs exempting religious employers, but the court also retained jurisdiction over the case, holding it in abeyance, to monitor the administration's adoption of new rules.  The United States District Court for D.C. similarly recently rejected the claims, but declined to retain jurisdiction and dismissed the case.

With respect to insured plans, including student health plans, these religious organizations would provide notice to their insurer.  The insurer would then notify enrollees that it is providing them with no-cost contraceptive coverage through separate individual health insurance policies.

The proposed rules also simplify and clarify the definition of "religious employer" for the purpose of exemption from the contraceptive coverage requirement.

The proposed rules are the first step in issuing new regulations.  HHS will collect comments on the rules until April 8, 2013, and then move forward on finalizing them. As Grand Central Station celebrates its centennial today, there are many celebrations and discussions, including this excellent one from "Transportation Nation" being aired on some NPR stations, including NYC:


The case to which the report refers is Penn Central Transportation Co. v. New York City (1978), a staple of modern takings clause doctrine and theory.   The owner of Grand Central - - - confusingly it was Penn Central - - - wanted relief from the NYC landmarks law which prevented the building of a large office building over Grand Central because it would destroy the historic and aesthetic features of the Grand Central.  The United States Supreme Court rejected the takings argument.  Writing for the Court, Justice Brennan noted that "the submission that appellants may establish a "taking" simply by showing that they have been denied the ability to exploit a property interest that they heretofore had believed was available for development is quite simply untenable."   The opinion continued:

"Taking" jurisprudence does not divide a single parcel into discrete segments and attempt to determine whether rights in a particular segment have been entirely abrogated. In deciding whether a particular governmental action ha effected a taking, this Court focuses rather both on the character of the action and on the nature and extent of the interference with rights in the parcel as a whole.

Of course, the Court would vacillate from between this whole vs. fractional approach in subsequent cases, but the most recent takings cases seem to confirm Brennan's view.

For a trenchant discussion of the current state of "air rights" and takings doctrine, take a look at LawProf Troy Rule's Airspace and the Takings Clause, forthcoming in Washington University Law Review, and available in draft on ssrn.