In its unanimous panel opinion today in Lebron v. Sec't Florida Dep't of Children & Families, the Eleventh Circuit affirmed a district judge's grant of a preliminary injunction against Florida Statute §414.0652 requiring drug testing of all persons who receive public benefits.

Recall that 16 months ago, Federal District Judge Mary Scriven issued a preliminary injunction against the controversial law championed by equally controversial governor Rick Scott requiring drug testing for each individual who applies for benefits under the federally funded TANF (Temporary Assistance for Needy Families) program to take a drug test, which must occur at an "approved laboratory" and be paid for by the applicant.   As the Eleventh Circuit panel made clear, it was not resolving "the merits of the constitutional claim" but only addressing "whether the district court abused its discretion in concluding that Lebron is substantially likely to succeed in establishing that Florida’s drug testing regime for TANF applicants violates his Fourth Amendment rights." 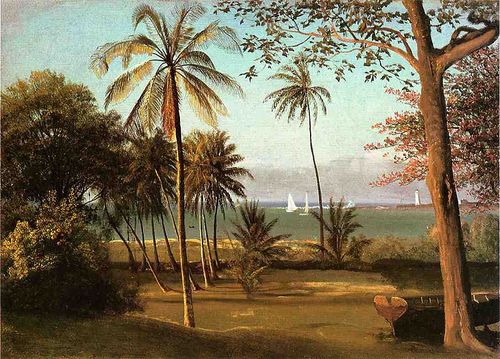 Nevertheless, the Eleventh Circuit's opinion, authored by Judge Rosemary Barkett, left little room to argue that the statute could survive a constitutional challenge.  Barkett observed that in the "specific context of government-mandated drug testing programs, the Supreme Court has exempted such programs from the Fourth Amendment’s warrant and probable cause requirement only where such testing 'fit[s] within the closely guarded category of constitutionally permissible suspicionless searches,'" requiring that the "proffered special need for drug testing must be substantial,” citing Chandler v. Miller, 520 U.S. 305 (1997).  These special needs include "the specific risk to public safety by employees engaged in inherently dangerous jobs and the protection of children entrusted to the public school system’s care and tutelag."  The Eleventh Circuit easily found that welfare recipients did not fall into a special needs category:

The Eleventh Circuit also rejected Florida's "consent" argument.  Because under Florida’s program an applicant is required to sign an acknowledgment that he or she consents to drug testing, the State argued these consented-to searches are reasonable under the Fourth Amendment.  The Eleventh Circuit deemed Florida's reliance on Wyman v. James, 400 U.S. 309 (1971) "misplaced," because there the home visit by the social worker as a condition of receiving welfare benefits was not considered a search, while drug testing does constitute a search.

Judge Jordan's concurring opinion, however, questioned the outcome of any test requiring that the means chosen serve the government interest:

I am skeptical about the state’s insistence at oral argument that the Fourth Amendment permits the warrantless and suspicionless drug testing of all TANF applicants even if the evidence shows, conclusively and beyond any doubt, that there is 0% drug use in the TANF population. The state’s rationale—that such drug testing is permissible because the TANF program seeks to “move people from welfare to work”—proves too much. Every expenditure of state dollars, taxpayers hope, is for the purpose of achieving a desirable social goal. But that does not mean that a state is entitled to require warrantless and suspicionless drug testing of all recipients of state funds (e.g., college students receiving Bright Futures scholarships, see Fla. Stat. § 1009.53) to ensure that those funds are not being misused and that policy goals (e.g., the graduation of such students) are being achieved. Constitutionally speaking, the state’s position is simply a bridge too far.

The consensus of the federal judges who have considered the Florida statute's constitutionality does seem to be that the statute has definitely gone "too far."