Today we celebrate "Presidents' Day" and ConLawProfs contemplating executive power might do well to consider the Haitian Revolution (1791-1804) as a formative experience.

In his new article, Slavery, Executive Power and International Law: The Haitian Revolution and American Constitutionalism, available in draft on ssrn, ConLawProf Robert Reinstein argues that the "six administrations from George Washington through John Quincy Adams responded to the slave revolt and establishment of Haitian independence in ways that greatly expanded executive power." 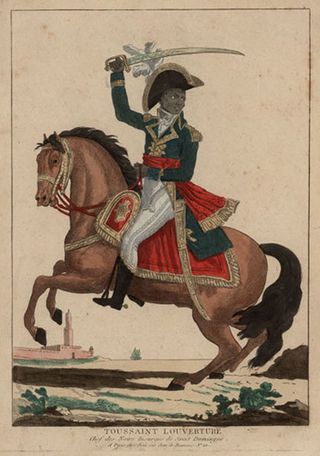 Indeed, as Reinstein reminds us, the first sole executive agreements were made by Adams with regard to Haiti (predating the seizure of the schooner The Wilmington Packet by six months).  Reinstein contends that the Haitian history is important because

Many of the most controversial questions presidents face in the modern era—whether to support regime change, use military force to protect American interests abroad, intervene in civil wars, arm foreign rebellions, form secret agreements with governments or belligerents, comply with obligations of international law—were first faced in the American reactions to the Haitian slave revolt.

Yet as Reinstein observes, the history also reveals conflicting executive interests, at times favoring  domestic fear of a similar slave-revolt and at other times favoring geopolitical (and capitalist) interests. At the center - - - not surprisingly - - - is Thomas Jefferson, who vowed to reduce Haiti's charismatic leader Toussaint L'ouverture to "starvation."

But Reinsten also centers the Supreme Court's hostility to the establishment of the second independent nation in the Western Hemisphere.  Reinstein writes that as   "Congress debated the first Haitian embargo bill, a Representative asked: “Have these Haytians no rights?”"  Reinstein concludes that the "answer ultimately given by the United States government was unequivocal: “No.”"

An important - - - and oft-neglected - - - history of executive power as well as judicial power worth a read on Presidents' Day.

Listed below are links to weblogs that reference Daily Read: Reinstein on Executive Power and Haiti: