The leak of the DOJ white paper on drone attacks and its publication raise yet again the First Amendment issues surrounding prosecutions for leaks and possibily for publication. 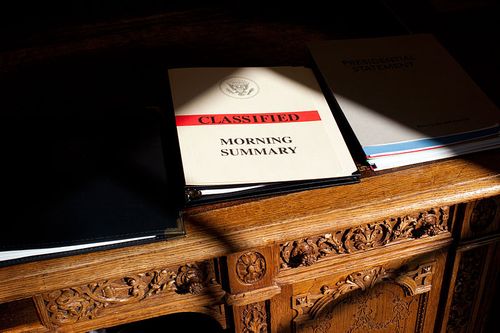 The report centers wikileaks and Bradley Manning, but also discusses five other pending prosecutions that have received less publicity, including the Administration's attempt to compel New York Times reporter James Risen to testify at the trial of former CIA officer Jeffrey Sterling, who is accused of providing classified information to Mr. Risen that formed the basis of part of Risen's book, State of War: The Secret History of the CIA and the Bush Administration.

The report considers the statutory frameworks, problems such as jurisdiction and extradition, other legislative proposals, and - - - in six pages - - - the constitutional issues.  While brief, the First Amendment discussion is nevertheless a good review and a good reminder that the law is deeply unsettled even with respect to classified information.

Listed below are links to weblogs that reference Daily Read: Congressional Research Service on Leaks of Classified Information: