Can a Legislature Criminalize Legislation?

A bill introduced in the Missouri legislature would criminalize the introduction of other legislation.  HB 633 would amend the state statutes to provide:

Any member of the general assembly who proposes a piece of legislation that further restricts the right of an individual to bear arms, as set forth under the second amendment of the Constitution of the United States, shall be guilty of a class D felony. 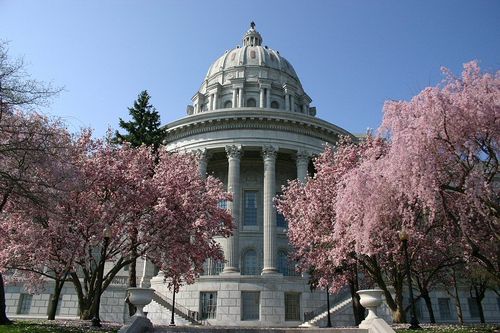 The Missouri state constitution, like the United States Constitution, Art. I §6, has a "speech or debate" clause that is generally construed to protect legislative action. Missouri Constitution Art. III §19, "legislative privileges," provides:

Senators and representatives shall, in all cases except treason, felony, or breach of the peace, be privileged from arrest during the session of the general assembly, and for the fifteen days next before the commencement and after the termination of each session; and they shall not be questioned for any speech or debate in either house in any other place.

The Missouri bill seems to fall outside the general purpose of legislative privilege provisions that are intended to protect the legislature from overreaching by other branches.  Nevertheless, the Missouri legislature's criminal provision would call legislators into courts to "be questioned" for their legislative acts.

Listed below are links to weblogs that reference Can a Legislature Criminalize Legislation? :