Stop and Frisk in the Bronx Enjoined by Federal Judge

In her 200 plus page opinion in Ligon v. City of New York, federal district judge Shira A. Scheindlin enjoined "stop and frisk" practices of the NYPD in the Bronx.  The stop and frisk practices by law enforcement have been increasingly controversial, including arrests of persons attempting to document the practice. 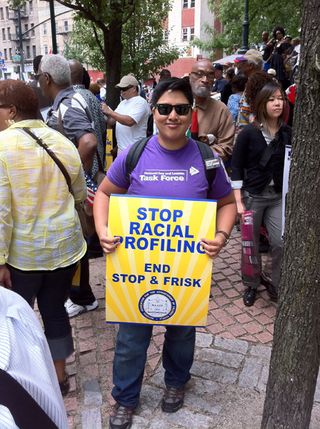 The problem in Lignon is a relatively simple one.  The standard for stop and frisk is reasonable suspicion, established by Terry v. Ohio (1968).   In the Bronx, there was a practice of Terry stops on the basis of reasonable suspicion of trespass outside buildings in the Bronx that are enrolled in the Trespass Affidavit Program (“TAP”), which was formerly known in the Bronx as Operation Clean Halls.  Seemingly, the building, rather than any activity by people, gave rise to the "suspicion" and many people were subject to a Terry stop and frisk outside their own residences.

while it may be difficult to say where, precisely, to draw the line between constitutional and unconstitutional police encounters, such a line exists, and the NYPD has systematically crossed it when making trespass stops outside TAP buildings in the Bronx. For those of us who do not fear being stopped as we approach or leave our own homes or those of our friends and families, it is difficult to believe that residents of one of our boroughs live under such a threat. In light of the evidence presented at the hearing, however, I am compelled to conclude that this is the case.

The judge made it clear that she was

not ordering the abolition or even a reduction of TAP, which appears to be a valuable way of using the NYPD’s resources to enhance the security in voluntarily enrolled private buildings. My ruling today is directed squarely at a category of stops lacking reasonable suspicion.

Precisely because these stops lack rational justification, they are presumably of less value to public safety than would be the stops of individuals who displayed objectively suspicious behavior.

But she did rule that the "NYPD is ordered immediately to cease performing trespass stops outside TAP buildings in the Bronx without reasonable suspicion of trespass."   Judge Scheindlin also ordered consolidation of the hearing on some other remedies with the remedies hearing in Floyd v. City of New York, a stop and frisk challenge involving the entire city and not only the borough of the Bronx.

RR
[image from protest against stop and frisk via]

Listed below are links to weblogs that reference Stop and Frisk in the Bronx Enjoined by Federal Judge: