"Throughout her career, Professor Rivera has worked to defend the legal rights of all New Yorkers and make our state a fairer, more just place to live," Governor Cuomo said. "As a Judge on the Court of Appeals, Professor Rivera's legal expertise and passion for social justice will serve all New Yorkers well, and I am proud to send her nomination to the Senate today."

Readers of the ConLawProf will recall our 2008 review of Rivera's article, An Equal Protection Standard For National Origin Subclassifications: The Context That Matters, 82 Wash. Law Review  897 (2007), examining  classifications that rely on terms such as "Hispanic" and "Latino" and observing that such terms actually embrace a host of national origin classifications such as Puerto Rican, Dominican, Chilean, and Portuguese, even as she contends that this is not a reason to abandon equal protection analysis, but to delve deeper. 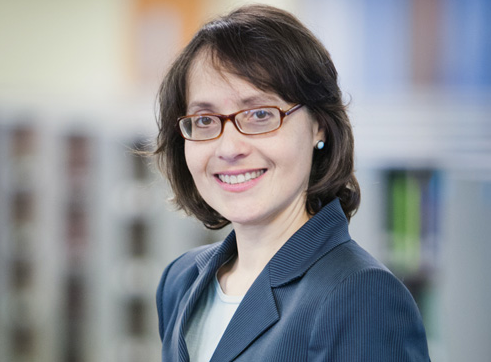 Rivera was also a participant in a public conversation "Translating Equality" with poet Kimiko Hahn and an author of the The Law Professors’ Report on U.S. Supreme Court Nominee Sonia Sotomayor: On the Merits from the Hispanic Bar Association.