Libel and the First Amendment in the Iowa Supreme Court

It's easy to see how writing and publishing a memoir centering on one's former spouse, especially if the theme is how "Satan (through my ex) set out to destroy my life," might lead to a defamation action in state court by the former spouse.  But as the Iowa Supreme Court demonstrated in its recent opinion in Bierman v. Weier, the entwinement of the First Amendment, the state constitution, and the tort issues are far from simple to resolve. 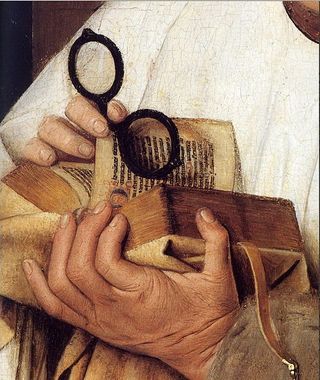 The opinion has an excellent discussion of First Amendment Supreme Court precedent on defamation and an interesting application of last term's decision in United States v. Alvarez, the "Stolen Valor case." The defendants argued that Alvarez should be construed to invalidate libel per se presumptions because it recognized a First Amendment right to make "factually false statements."  As the court stated, however, the problem with this argument "is that both opinions making up the Alvarez majority specifically highlighted defamation as a traditional area where the law was constitutional because it did not punish statements merely because of their falsity."  The Iowa Supreme Court also disregarded the applicability of Citizens United to arguments invalidating libel per se as a matter of state law.

This was not merely a matter of state common law, however, for the Iowa state constitution specifically addresses the issue of libel in Article I, section 7:

Every person may speak, write, and publish his sentiments on all subjects, being responsible for the abuse of that right. No law shall be passed to restrain or abridge the liberty of speech, or of the press. In all prosecutions or indictments for libel, the truth may be given in evidence to the jury, and if it appears to the jury that the matter charged as libelous was true, and was published with good motives and for justifiable ends, the party shall be acquitted.

The Iowa Supreme Court emphasized that the language supported the continuance of libel per se, especially given the text that made persons "responsible for the abuse of that right."

"It is true that Scott [Weier] paid ASI to publish his book, rather than the other way around. But this fact alone does not change the analysis. Both our precedents and the United States Supreme Court’s have accorded the same protection to media defendants when they publish advertisements as when they publish content they have paid for."

Given the heightened standard of libel per se, the majority found that there was no malice on the part of ASI and reversed the lower court's denial of ASI's motion for summary judgment.  Scott Weier was less successful: the Iowa Supreme Court affirmed the district court and the plaintiffs' claims of libel, false light, and intentional emotional distress will be proceeding to trial, barring a settlement.

Listed below are links to weblogs that reference Libel and the First Amendment in the Iowa Supreme Court: