At the heart of the Fourth Circuit's opinion issued today in US v. Applebaum, are orders issued under 18 U.S.C. § 2703 related to "the unauthorized release of classified documents to WikiLeaks.org, and the alleged involvement of Bradley E. Manning, a U.S. Army Private First Class."  The § 2703(d) Order from a magistrate judge directed Twitter, Inc. ("Twitter") to disclose records of electronic communications of Jacob Appelbaum, Rop Gonggrijp, and Birgitta Jonsdottir, including their names, usernames, personal contact information, account information, connection records, financial data, length of service, direct messages to and from email addresses and Internet Protocol addresses for all communications between November 1, 2009, and December 14, 2010. 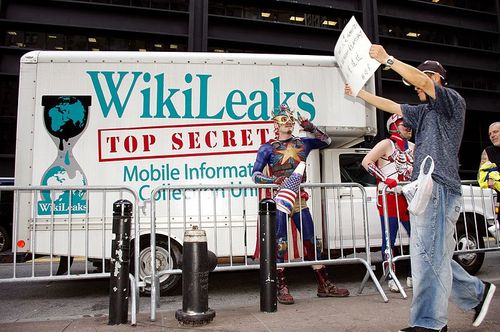 The magistrate's order was originally sealed, but when it was unsealed the subjects of the order moved to have it vacated and to unseal all documents relating to that order and any other orders that might have been issued to companies other than Twitter.

The panel articulated the standard to decide whether the First Amendment provides a right to access §2703(d) orders and proceedings, as

the "experience and logic" test, asking: "(1) ‘whether the place and process have historically been open to the press and general public,’ and (2) ‘whether public access plays a significant positive role in the functioning of the particular process in question."

The Fourth Circuit panel found the First Amendment claim here failed the latter prong.  It discussed, without accepting, the argument that any history inquiry was meaningless because §2703(d) orders only because available when the statute was passed in 1986.  But

Even assuming only the logic prong is required, this prong is not met. The logic prong asks whether public access plays a significant role in the process in question. The § 2703(d) process is investigative, and openness of the orders does not play a significant role in the functioning of investigations. Section 2703(d) proceedings consist of the issuance of and compliance with § 2703(d) orders,10 are ex parte in nature, and occur at the investigative, pre-grand jury, pre-indictment phase of what may or may not mature into an indictment. Pre- indictment investigative processes "where privacy and secrecy are the norm" "are not amenable to the practices and procedures employed in connection with other judicial proceedings."

Thus, the Fourth Circuit approved the continuing secrecy of government surveillance under the Electronic Communications Privacy Act of 1986, also known as the Stored Communications Act ("SCA").

Listed below are links to weblogs that reference Fourth Circuit Denies First Amendment Right of Access to Twitter Orders Related to Wikileaks and Bradley Manning: