Daily Read: Seidman on the Constitution as Bondage

We are used to speaking about the Constitution as a "binding document" and a less used to thinking about it as bondage.  Thus, ConLawProf Louis Michael Seidman's op-ed in the NYT entitled "Let's Give Up on the Constitution" has been causing a bit of a stir, especially among ConLaw students and some profs. 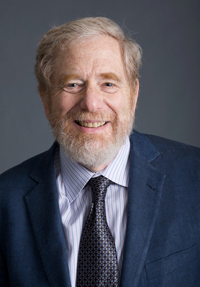 Seidman (pictured) takes his hook from the so-called "fiscal cliff" negotiations in Congress, but he does not limit his argument to the latest controversies.  Instead, he writes:

Our obsession with the Constitution has saddled us with a dysfunctional political system, kept us from debating the merits of divisive issues and inflamed our public discourse. Instead of arguing about what is to be done, we argue about what James Madison might have wanted done 225 years ago.

Yet this seems to be more of a critique of originalism than constitutionalism.  And interestingly, Seidman appeals to originalism to support his ultimate argument:

Seidman's new book, Constitutional Disobedience, will presumably expand these ideas further.  But for today, the op-ed is an interesting read.

Listed below are links to weblogs that reference Daily Read: Seidman on the Constitution as Bondage: