Pamela Karlan's "Democracy and Disdain" is the Forward to Harvard Law Review's annual Supreme Court issue for the 2011 Term and is a compelling - - - indeed, necessary and delightful - - - read.  Karlan's central thesis, as the title aptly communicates, is that the Roberts' Court has little but disdain for the democratic process.  By "Roberts' Court," of course, she means the five Justices who usually form the majority, including Roberts, Scalia, Thomas, Alito, and Kennedy. 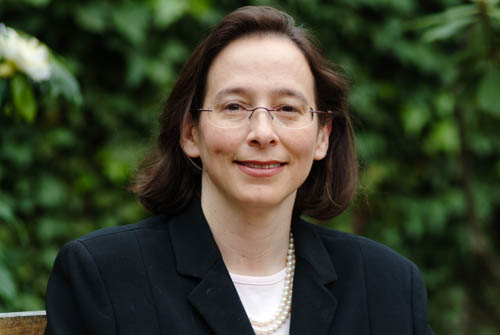 Professor Karlan (pictured) concludes that this disdain will ultimately bring the Court into disrepute, comparing the present state of affairs unfavorably with the Warren Court:

The Roberts Court’s narrow substantive reading of enumerated powers maps fairly closely onto the contemporary conservative political agenda. To the extent that the conservative agenda gains popular acceptance, the Court may garner acclaim as a guardian of constitutional values. But if the public rejects that agenda, or remains sharply divided, the Court risks being perceived as simply another partisan institution. The Court’s current status rests in substantial measure on its having been on the right side of history in Brown v. Board of Education. Only time will tell whether the Court will retain that status given the choices the Roberts Court is making.

Karlan is adept at comparing the present Court to previous ones, not only including the Warren Court.  Spoiler alert: When she quotes Justice Roberts, she might not be quoting the 2012 John Roberts but the 1936 Owen Roberts, a device she uses to especially good effect.  Also to good effect is her usage of other justices, colloquies in oral argument, the occasional poet, and theorist.  The writing is broad and engaging without being precious.  It makes her analysis of the cases even more trenchant, situated in larger themes and trends.

Of course, not all ConLawProfs will agree with Karlan's views of the Court, including one subsection entitled "Protecting Spenders and Suspecting Voters," and another "Suspecting Congress."    And Karlan's argument is hardly unique, as anyone who recalls Rehnquist Court scholarship, including the excellent 2001 article "Dissing Congress," by Ruth Colker and James J. Brudney can attest.  And it is especially noteworthy that  the Court did uphold the constitutionality of the Affordable Care Act in National Federation of Independent Business v. Sebelius, a case that Karlan extensively discusses and more interestingly, situates within the Term's other less notable decisions.

But this is a must read article before beginning the new semester.

And after that, read George Wills' Washington Post op-ed, Karlan's response, and responses in the Harvard Law Review Online Forum by Randy Barnett and Stephen Calabresi.

RR
[image of Pamela Karlan via]

Listed below are links to weblogs that reference Daily Read: Pam Karlan on the 2011 United States Supreme Court Term: