Last month's long-awaited decision in R. v. N.S. by the Canada Supreme Court considered whether or not a witness in a criminal trial had a religious right to wear a niqab during testimony. 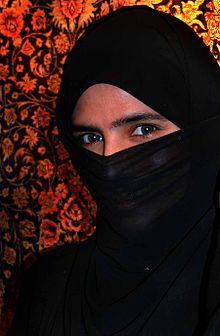 The Court's fractured and ultimately unsatisfying decision has prompted some excellent commentary.  A quick round-up from Sonia Lawrence at the Institute for Feminist Studies at Osgoode Hall on the day of the decision has been followed by more discussion.

Canadian ConLawProf Beverley Baines has an excellent commentary over at Jurist.  Professor Baines provides an excellent synopsis of the case and situates it within Canadian constitutional jurisprudence.  She focuses on the Court's analogy between wearing the niqab and publication ban precedent.  Importantly,  she also raises a central question raised by the particular facts in N.S.:

Identity is a complex matter in R. v. N.S.. Given that the accused assailants were her uncle and cousin, they knew the identity of the testifying victim. From N.S.'s perspective, her identity as a Muslim woman was threatened by the niqab ban. Her faith requires her to cover her face in the presence of men who are not members of her immediate family. Removing her niqab would rob her of her religious identity just as would depriving a Jewish man of his kippah, a Sikh of his turban or an Amish of his hair. Nor is the link between the niqab and the presumption of innocence transparent, despite the chief justice's repeated reference to the niqab portending a wrongful conviction. If the niqab is such a serious impediment, might wearing it not result in a wrongful acquittal?

Professor Natasha Bakht of the University of Ottawa Faculty of Law made a similar argument over at Blogging for Equality earlier this month, stressing the relationship between religious freedom and gender equality in Canadian constitutionalism:

The majority’s decision in NS while keeping the door open for Muslim women to wear the niqab while testifying in certain situations, did not adequately consider NS’s equality or section 7 rights.  Indeed the word equality never appears in the decision! To frame NS’s claim as only rooted in religious freedom is to fundamentally misconstrue the intersectional nature of the issue at stake.  NS is a sexual assault complainant.  Asking a niqab-wearing woman to remove her veil is like asking her to remove her skirt or blouse in court. It is, literally, to strip her publicly and in front of her alleged perpetrators. We know that sexual assault is one of the most underreported crimes in Canada.  Prohibitions on wearing the niqab while giving testimony will only discourage Muslim women from participating in the justice system.

Finally, Stephanie Voudouris at The Court  attempts to "peel back" the layers of the case, again focusing on sexual assault and religious freedom, but also considering demeanor evidence.  Voudouris' discussion is lengthy and provides a solid and objective overview of the case.  But in the end, Voudouris offers a conclusion similar to Baines and Bakht, criticizing the

skewed scale on which the Court balances the harms to trial fairness against the harms to freedom of religion; a scale that may lead lower courts to ban the veil more often than not. Aside from the difficulties with the Court’s attempts to understand freedom of religion generally, this case provokes controversy because, in the words of Justice Abella, the Court is deciding these issues against the backdrop of questions about “whether the niqab is mandatory for Muslim women or whether it marginalizes the women who wear it; whether it enhances multiculturalism or whether it demeans it”, and of whether these global questions matter when a single woman comes before the court to testify against those who have assaulted her, and asks to do so in accordance with her religious beliefs.

The majority opinion seemingly leaves wide discretion to the trial judge.  It will be illuminating to learn what the judge in N.S. - - -  and in other cases - - - ultimately decides.

Listed below are links to weblogs that reference Daily Read: Commentary on the Canada Supreme Court's R. v. N.S. ("the niqab case"):