Where Are the Guns? Constitutional Considerations of Publication of Mapped Information

An interactive map revealing gun information published by a suburban New York newspaper is causing an uproar.  The newspaper explained, to "create the map, The Journal News submitted Freedom of Information requests for the names and addresses of all pistol permit holders in Westchester, Rockland and Putnam [Counties]. By state law, the information is public record." 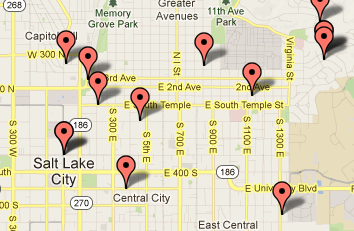 The newspaper's actions come in the wake of renewed conversations regarding gun control and ownership.  However, the disclosure of information using google maps is not new.  Activists used Google maps to disclose the names, addresses, and contributions made by Californians in support of Proposition 8 that prohibited same-sex marriage.  (Recall Prop 8 is now before the United States Supreme Court.)

While not using mapping applications, the Supreme Court's 2010 decision in Doe v. Reed is relevant.  In Doe v. Reed, the Court 8-1 rejected a First Amendment challenge to the disclosure of names on a petition seeking a ballot initiative, again prohibiting same-sex marriage, in Washington state.  Interestingly, during the oral argument, the Justices seemed often to conflate the Washington initiative with California's Proposition 8. Yet the fact that state law through its public record law was merely requiring disclosure, rather than prohibiting speech, was central to the Court's opinion that there was not a right to remain anonymous.  The names were thus disclosed.

State law could, however, provide a "Firearms Ownership Privacy Act" such as those being advocated by the National Rifle Association that might seek to declare gun permits non-public records.  The firearms privacy act passed in Florida, prohibiting doctors from inquiring about gun ownership, was enjoined as a violation of the First Amendment.

Listed below are links to weblogs that reference Where Are the Guns? Constitutional Considerations of Publication of Mapped Information: