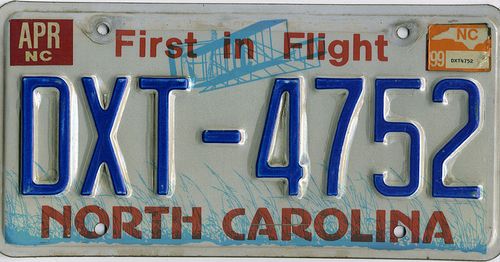 Judge Fox described the North Carolina scheme as unique in comparison to other state statutory schemes and likewise noted that the legislature rejected offering other specialty plates that would have expressed an opposing view, such as "respect choice."

The central issue in the case, however, was whether the "choose life" specialty license plate could be described as "government speech" and thus protected under First Amendment doctrine as articulated in Rust v. Sullivan and most recently in the Court's unanimous 2009 opinion in Pleasant Grove City v. Summum.

Judge Fox rejected the state's argument that the degree of government control was "the" single factor test.  Instead, Judge Fox relied upon the Fourth Circuit's four factor test:

Judge Fox noted that these factors were consistent with Supreme Court precedent and that the Fourth Circuit had employed them recently.

Applying these factors, Judge Fox found that although the state exercised editorial control (despite the fact that the design and idea originated with a national organization outside the control of the state), the other factors weighed in favor of private, or hybrid private-state speech.

Judge Fox's order closed the case; it is sure to be appealed.  Meanwhile, North Carolina car owners are not relegated to the standard license plate: Judge Fox's opinion states that there are 150 types of specialty license plates available in the state.  More information is available here.