Daily Read: William Ford on the Law and Science of Violent Video Games

The national conversation on violence has shifted since last week to include not only discussions of the Second Amendment, the role of conlaw scholars, appropriate quotations, and arming school teachers, but also "violent video games." 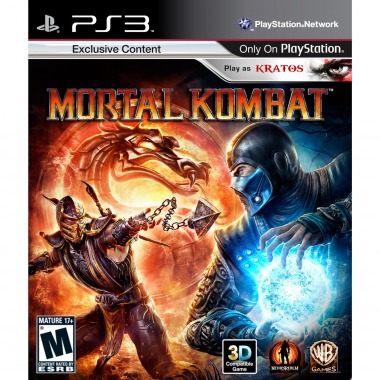 Any mention of the regulation of violent video games occurs in the shadow of the Court's 2011 decision in Brown v. Entertainment Merchants Association in which the Court held unconstitutional California's statute prohibiting the sale of violent video games to minors under the age of 18 without parental permission. Scalia, for the Court, assessed the statute under the First Amendment, reasoning that the statute was not narrowly tailored:

As a means of protecting children from portrayals of violence, the legislation is seriously underinclusive, not only because it excludes portrayals other than video games, but also because it permits a parental or avuncular veto. And as a means of assisting concerned parents it is seriously overinclusive because it abridges the First Amendment rights of young people whose parents (and aunts and uncles) think violent video games are a harmless pastime.

In dissent, Breyer cited more than 100 studies on the links between violent video games and aggression, contending that legislatures were in a better position to assess such social science data than judges. 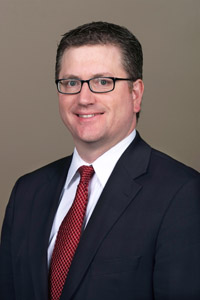 Professor William Ford (pictured) interrogates the scientific and social scientific underpinnings of video game regulation.  In his article The Law and Science of Video Game Violence: What Was Lost in Translation?, forthcoming in Cardozo Arts & Entertainment Law Journal, available in draft on ssrn, Ford ultimately agrees with the Court's conclusion in Entertainment Merchants Association, given that "the First Amendment interests at stake in these cases outweighed the speculative possibility that a legislature is better able to assess scientific evidence than the courts."   He criticizes Breyer's view that legislatures are better positioned to assess the data than judges, by noting that legislators are also ill-equipped as social scientists.  Ford states that "there is no study, let alone a literature, assessing the relative skill of legislators and judges in reviewing or assessing scientific evidence."  Ford then implies that legislators might be less able to assess the evidence, because "the dominant goal usually associated with legislative behavior is reelection, which is not necessarily conducive to the careful assessment of scientific evidence." Taken to its logical conclusion, that sentiment would have the courts very busy indeed, and would obliterate deferential review in constitutional law.

Ford's arguments about the social science literature, however, are exceedingly well-taken.  In sum, it is inconclusive at best.  Considering not only Entertainment Merchants Association, but other legislation and cases, he summarizes:

The relevant literature is large, especially when one recognizes that these cases cannot just be about whether video game “violence” causes “aggression.” At a minimum, these cases were also about, or should have been about, a nuanced view of what counts as violence and aggression, how to operationalize violence and aggression, what types of violence may be particularly harmful, who might be most susceptible to harmful effects from violent media, and whether government restrictions would do anything to alleviate the harm.

Ford's article is also worth a read for its excellent discussion of "causation" in the debates about the role of video games.  This is an issue that may surface as more facts become known about recent events - - - and even more studies are produced that may be used by legislators and courts.

Listed below are links to weblogs that reference Daily Read: William Ford on the Law and Science of Violent Video Games: