The Constitutional Status of Adultery in the Military

Adultery has been dominating the news, including questions about whether or not it can "still be a crime."  As a constitutional matter, any answer must invoke the Court's 2003 decision in Lawrence v. Texas.  Recall that Justice Scalia, dissenting, in Lawrence wrote that:

As Scalia recognized, Lawrence "calls into question" the criminalization of adultery.  It would be very unlikely a law criminalizing adultery would survive a constitutional challenge after Lawrence. 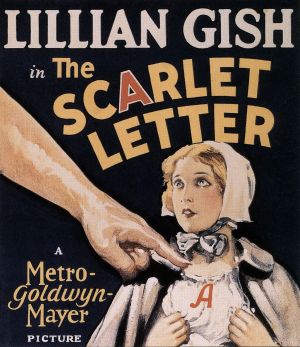 But is the military different?  Military courts held that consensual adult sodomy - - - the same crime at issue in Lawrence - - - could be criminalized as a military matter, despite Lawrence, although the application of the consensual sodomy provision could be unconstitutional as applied in certain circumstances.  The central inquiry was whether there were "factors unique to the military environment" that allowed the acts to be constitutionally criminalized.

Writing in 2010, law student Katherine Annuschat, in her comment, An Affair to Remember: The State of the Crime of Adultery in the Military, 47 San Diego L. Rev. 1161, demonstrates "the military's willingness to pursue adultery prosecutions for questionable motives," and argues that "the obsolescence of these statutes in the public mind" and their questionable constitutional pedigree support removal of adultery from the enumerated offenses under the general Uniform of Military Justice article 134.   Similarly, writing a year earlier, attorney  Christopher Scott Maravilla, in The Other Don't Ask, Don't Tell: Adultery Under the Uniform Code of Military Justice After Lawrence v. Texas, 37 Capital U. L. Rev. 659 (2009) concluded that the criminal sanctions for adultery, as well as sodomy, should be "constructively" removed from military laws, although sexual acts could be relevant to other violations of the military code of conduct.

It is doubtful that adultery - - - without more - - - can be constitutionally criminalized, even in the military context.  But perhaps there is always "more."

Listed below are links to weblogs that reference The Constitutional Status of Adultery in the Military:

Adultery in military law (the UCMJ) has to include that the conduct was prejudicial to good order and discipline. In other words, if the adultery in question was not harmful to the military as a while, it can not be prosecuted. If General Zipperdown has an affair with some lady off base, it is almost definitely not adultery under the UCMJ. If General Zipperdown has an affair with a woman who works for him, it almost definitely is adultery. the issue isn't the adultery, it's the damage to military discipline by a supervisor showing that kind of favoritism toward one subordinate, an officer busting up an airman's marriage, an officer diminishing respect for officers by his/her conduct, etc. It's all about the chain of command and military effectiveness.