The First Circuit ruled in Newton v. LePage that the Maine governor did not violate free speech by removing and relocating a mural from the state Department of Labor offices that he said was pro-labor.

Governor LePage ordered the mural's removal from the waiting room at the Maine DOL offices because he said he wanted the state to convey neutrality as between labor and employers.  He said the mural, commissioned by the state and paid for by state and federal funds, didn't cut it.  Five Maine residents sued, arguing that the removal amounted to viewpoint discrimination in violation of the First Amendment.

The First Circuit disagreed.  It said that government has wide latitude in determining what art to display, or not to display, especially in a non-public forum (like a government office waiting room), and that it has a sufficient justification in appearing neutral.  Moreover, the court noted that the government didn't propose to remove the mural entirely; instead, it will relocate it to an alternative location. 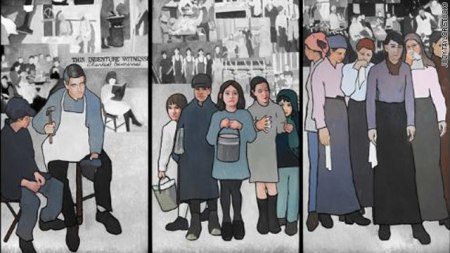 The court said that this case was easier for the government than Pleasant Grove City v. Summum:

Here, unlike Summum, the issue does not involve a public park, nor does it involve the government's decision whether or not to accept a private donation.  It is also clear that no Equal Protection or Establishment Clause concerns are raised by the case.  This case does not involve the suppression of private speech.

The government reiterated its commitment to relocate the mural at oral argument.  After all, it said, this is now the most famous piece of art in Maine.

Listed below are links to weblogs that reference Maine Governor May Remove Mural Without Violating Free Speech: