In its opinion in United States v. Hamilton, the Fourth Circuit rejected First Amendment arguments and upheld the conviction of a veteran for the wearing a military uniform without authorization, in violation of 18 U.S.C. § 702; and the wearing military medals and other insignia (military medals) without authorization, in violation of 18 U.S.C. § 704(a) and (d). 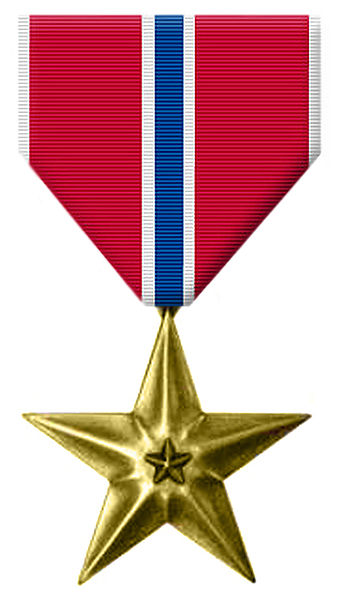 Hamilton is a veteran, honorably discharged in 1962 from the Marine Corp. because of an accidental injury during training, but as the Fourth Circuit described, he "served a total of nine months and twelve days of active duty. During his active duty, Hamilton did not serve in combat or receive any awards, was not commissioned as an officer, and was not deployed outside the United States."   Two of the charges against Hamilton involved fraudulent claims of disability, exceeding the original disability; the Fourth Circuit affirmed these convictions over arguments of insufficient evidence.

The First Amendment challenges to what the Fourth Circuit labels the "insignia convictions" arose from Hamilton's appearance at a local Vietnam Veteran's Association "recognition ceremony."  Hamilton, invited to speak as a last-minute substitute, and uncompensated, wore "the uniform of a United States Marine colonel, including an officer’s sword and belt, and white gloves," and adorned with many medals, including " two Navy Crosses, four Silver Stars, one Bronze Star, and seven Purple Hearts, among many other awards displayed on the uniform."  While the Fourth Circuit noted that Hamilton's speech contained false statements, such as his purported combat experiences, it stated that "the content of that speech has no impact on Hamilton’s insignia convictions."

Indeed, the Fourth Circuit distinguished Hamilton's "insignia convictions" from the content of his speech - - - and thus from the Supreme Court's decision last term in United States v. Alvarez - - - by concluding that the "insignia statutes do not regulate pure speech but instead proscribe certain forms of expressive conduct."  Thus, it considered the lower standard of intermediate scrutiny as articulated by the United States Supreme Court in the 1968 case of United States v. O’Brien, arising from the burning of a draft card as a protest to the Vietnam War.  Yet the Fourth Circuit held that even under a more demanding standard of exacting scrutiny, the insignia statutes were constitutional.

Its conclusion that the government interest was compelling rested on its conclusion that unauthorized wearing of uniforms and medals contributed to a dilution of their worth, citing Alvarez.  As to whether the criminal prohibitions were narrowly tailored, the Fourth Circuit distinguished Alvarez, concluding that the alternatives Hamilton suggested were "less applicable to the interests underlying the conduct-based prohibitions of the insignia statutes than the speech-based prohibition of 18 U.S.C. § 704(b)," at issue in Alvarez.  The Fourth Circuit's analysis supporting the distinction is less than trenchant: the opinion stressed that:

the wearing of an unearned medal or uniform of an unearned rank is more convincing evidence of such actual attainment than words alone, by constituting ostensible, visual "confirmation" that the wearer earned such honors. As expressed by a familiar adage, "seeing is believing."

Thus, the alternatives approved in Alvarez - - - counter speech and a government database of recipients - - - were less effective.  In sum, the panel concluded

that the analyses employed in the plurality and concurring opinions in Alvarez are inapplicable here. Although the governmental interests underlying the insignia statutes and Section 704(b) are similar, those interests are more greatly affected with respect to the conduct-related prohibitions in the insignia stat- utes than the speech-related prohibitions in Section 704(b) [at issue in Alvarez]. Moreover, the less burdensome alternatives identified by the plurality and concurrence in Alvarez, such as counterspeech and the possibility of a government-created database of Congressional Medal of Honor winners, are less feasible and less effective to counter the appearance created by the wearing of military uniforms and unearned military honors at issue in this case.

That really is too bad. I think that veterans who actually are wearing the (http://www.frankyfashion.com/b-d-u/) military fatigues that they earned. I really don't like people who pretend.