In an excerpt published in Slate this morning, from his e-book, Camp Justice, journalist Mattathias Schwartz writes compellingly of covering the ongoing trial United States v. Khalid Sheikh Mohammed, et al.  We most recently discussed Khalid Sheikh Mohammed (KSM), the so-called "mastermind" of 9-11 and the onlgoing legal proceedings, when KSM was arraigned. 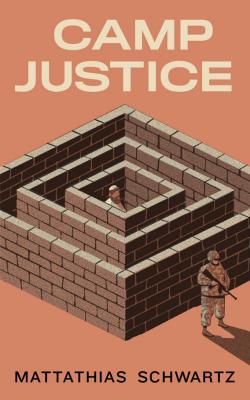 Recall that whether or not KSM would have a trial - - - and where - - - were hotly contested matters.  Now, Schwartz states that although the KSM trial at Guantanamo is an “open” and “public” proceeding [his quotes], accepting the Pentagon’s “invitation” to cover the proceedings, meant signing the 13-page Media Ground Rules document:

For the most part, News Media Representatives are confined to a few acres of Guantánamo, an area known as Camp Justice. Cut off from the town and the detention camps, Camp Justice is carved up into a jigsaw of designated zones by every conceivable type of wall: interlocking traffic barriers, chest-high, made of orange plastic; chains hanging between yellow stanchions; retractable fabric bands stretched airport-style between flimsier black stanchions; chain-link fences veiled in black tarps and topped with spools of concertina wire; chain-link blocks wrapped in green tarps and filled with rubble; “no photography” signs; “restricted area” signs; gates that swing on hinges; gates that pop up from the ground.

And then there is the trial itself, with the imposition of a 40 second sound delay.

This first hand journalistic account provides a useful context for any constitutional analysis of a "public trial," as well as for the ongoing discussions of national security and constitutionalism.

Listed below are links to weblogs that reference Daily Read: Reporting the MSK Trial at Guantanamo: