With the election of Elizabeth Warren to the United States Senate, today might a good time to reread her  article Unsafe at Any Rate, published in Democracy: A Journal of Ideas in 2007. 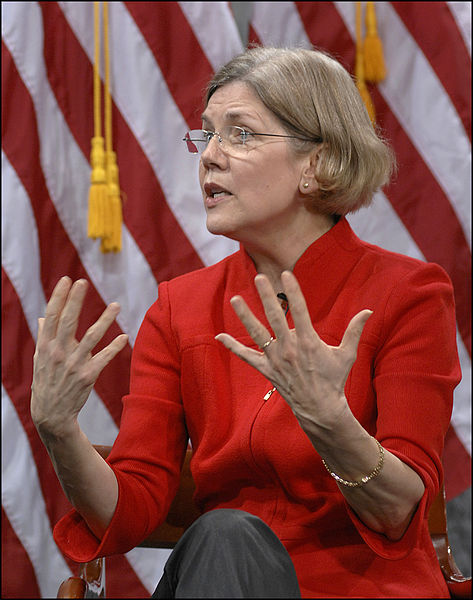 Warren was arguing for the creation of a new federal agency, the Financial Product Safety Commission.  In doing so, she not only argued in favor of regulation (using an originalist argument among others), but also argued that federal regulation was appropriate:

The credit industry is not without regulation; credit transactions have been regulated by statute or common law since the founding of the Republic. Traditionally, states bore the primary responsibility for protecting their citizens from unscrupulous lenders, imposing usury caps and other credit regulations on all companies doing business locally. While states still play some role, particularly in the regulation of real-estate transactions, their primary tool–interest rate regulation–has been effectively destroyed by federal legislation. Today, any lender that gets a federal bank charter can locate its operations in a state with high usury rates (e.g., South Dakota or Delaware), then export that states’ interest rate caps (or no caps at all) to customers located all over the country. As a result, and with no public debate, interest rates have been effectively deregulated across the country, leaving the states powerless to act. In April of this year, the Supreme Court took another step in the same direction in Watters v. Wachovia, giving federal regulators the power to shut down state efforts to regulate mortgage lenders without providing effective federal regulation to replace it.

Recall that in Watters, the Court found no merit in the Supremacy Clause (preemption) and Tenth Amendment arguments.

Warren also argued that a federal agency could intervene more successfully than Congress because "the financial services industry is routinely one of the top three contributors to national political campaigns, giving $133 million over the past five years" and thus "the likelihood of quick action to respond to specific problems and to engage in meaningful oversight is vanishingly slim."

Although Congress eventually passed the Dodd-Frank Wall Street Reform and Consumer Protection Act, with a FPSC agency, Elizabeth Warren was not named as its head given strong opposition to her by the Senate - the legislative body she will now be joining.

Listed below are links to weblogs that reference Daily Read: Elizabeth Warren on Federalism and Administrative Constitutionalism :