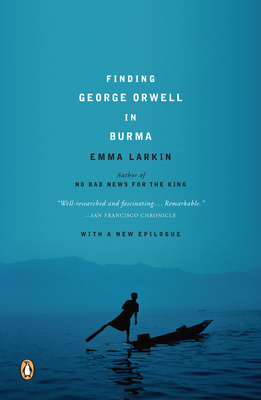 As President Obama travels to Burma/Myanmar, becoming the first United States President to do so,  most ConLawProfs will be recalling Crosby v. National Trade Council, decided by the Court in 2000.   In an unanimous decision, the Court declared unconstitutional Massachusetts' 1996 procurement statute barring the state from doing business with almost any entity "doing business" with Burma.  The Court held the state law was invalid under the Supremacy Clause because of a Congressional grant of authority to the President over any economic sanctions for Burma.  The Massachusetts law thus undermined the diplomatic powers of the President.

The repressive history of Burma/Myanmar is essential to understanding the President's current diplomacy as well as Massachusetts' legislation in Crosby.

And essential to Americans seeking to understand Burma is the work of Emma Larkin.  Widely regarded as one of the best books on Burma is Emma Larkin's Finding George Orwell in Burma.  In the fascinating and well-written book published in 2006, Larkin - - - not her real name - - - writes of contemporary Burma and George Orwell's history in Burma, arguing convincingly that Orwell's novel 1984 was actually modeled on Burma and continued to be relevant.   Earlier this year, Larkin wrote compellingly of the "Burma Spring" the popularity of former dissident Aung San Suu Kyi, both in an essay and in a lengthy review of Peter Popham's The Lady and the Peacock: The Life of Aung San Suu Kyi.

Obama argues that his visit is an "acknowledgment that the country is making progress toward reform."  Read Emma Larkin's book, if you haven't already done so, to discover what this might mean.

Listed below are links to weblogs that reference Daily Read: Emma Larkin on Burma/Mynamar :