In today's 27 page opinion in Madison Teachers Inc. v. Walker by state judge Juan Colas rejected the challenges based on the state constitutional provision limiting special sessions and the takings clause, as well as arguments that the controversy was nonjusticiable. 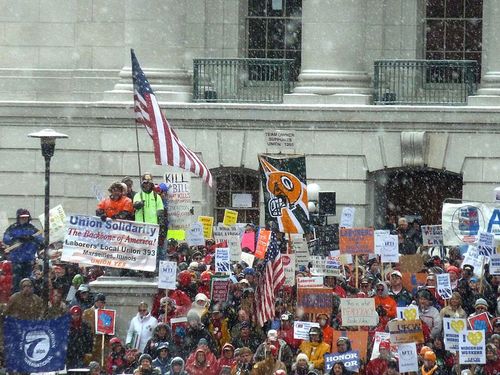 However, the judge found Act 10 violated the free speech, free association, and equal protection state constitutional protections, construing them as consistent with federal interpretations of the First and Fourteenth Amendments.  Much of the judge's reasoning stressed that Wisconsin did not come forward with any arguments. The judge also found that there was a violation of the Wisconsin constitutional provision guaranteeing Milwaukee home rule.