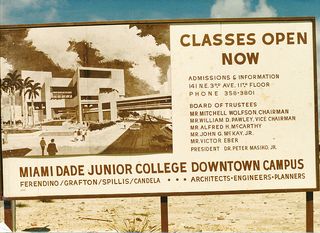 Applying established Equal Protection doctrine, Judge Moore concluded that such regulations do not "advance any legitimate State interest, much less the State's important interest in furthering educational opportunities for its own residents."  In the relatively brief opinion, Judge Moore extensively discussed Plyler v. Doe, 457 U.S. 202 (1982), distinguishing it because it involved primary education (although university education was more essential than it was twenty years ago), and because the plaintiffs in Plyler were undocumented immigrants while the plaintiffs in Ruiz are themselves citizens. Judge Moore applied heightened scrutiny under the Equal Protection Clause - - - requiring the classification to be "substantially related" to "important governmental objectives" - - - because "in a very real way the regulations punish the citizen children for the acts of their parents."

According to Judge Moore, essentially the Florida regulations "classify U.S. citizens as aliens, and in doing so, create a second-tier of U.S. citizenship that depreciates the historic values of Plaintiffs' citizenship by affording Plaintiffs some of the benefits that other similarly situated U.S. citizens enjoy but not all of the benefits."  Judge Moore rejected Florida's proffered cost interest by observing that Florida mistakenly argued that by offering in-state tuition to Florida residents with undocumented parents it would be forced to offer in-state tuition to non-Florida residents.  Moore made this clear in the opinion:

Indeed, nothing herein should be construed so as to preclude the State of Florida from requiring proof of Florida residency from a dependent U.S. citizen student and the student's parents in order to classify the student as a resident or non-resident for tuition and other related purposes, only that a U.S. citizen student who resides in, and whose parent resides in Florida cannot be denied in-state residency based on a parent's inability to provide proof of his or her federal immigration status.