In its brief opinion today in Planned Parenthood Ass'n of Hidalgo Cty. v. Seuhs, a panel of the Fifth Circuit has reversed the preliminary injunction issued by Judge Lee Yeakel against a 2012 Texas regulation that expanded the Texas Women's Health Program prohibition of funding for health care not merely to abortions, but to any organization affiliated with abortion.   Recall that last April Fifth Circuit Judge Jerry Smith quickly issued an emergency stay of that preliminary injunction, and a panel of the Fifth Circuit vacated that emergency stay almost as quickly. 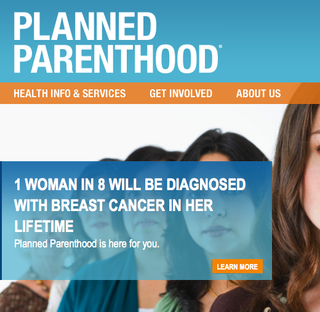 Yet the panel then adds that although the Texas "restriction functions as a speech-based funding condition, it also functions as a direct regulation of the content of a state program,"  and is "therefore constitutional under the reasoning of Rust v. Sullivan."   Rust v. Sullivan, of course, is an unconstitutional conditions case involving Title X funding, and the "state programs" to which the panel refers are in fact state-funded programs with arguably unconstitutional conditions.  Instead, the panel concludes that "Texas’s restriction on promoting elective abortions directly regulates the content of the WHP [Women’s Health Program] as a state program. The policy expressed in the WHP is for public funds to subsidize non-abortion family planning speech to the exclusion of abortion speech"  (emphasis added).  The court held that "Texas may deny WHP funds from organizations that promote elective abortions" because it is "a direct regulation of the definitional content of a state program, and it is therefore unnecessary to examine it within the framework of the unconstitutional conditions doctrine."

On the expansion to all affiliated organizations, the panel decided that the "Planned Parenthood mark" was "associated with the pro-abortion point of view."  "Using a pro-abortion mark is, after all, a way of promoting abortion."  Therefore, "Texas’s choice to disfavor abortion is eviscerated, just as it would be if the organizations promoted abortion through pamphlets or video presentations."  Again, the panel decided this was a "direct regulation of the content of a state program" and there was "no reason to examine it within the framework of the unconstitutional conditions doctrine" despite the fact that it involved funding.

The panel remanded the case, however, including for analysis of the equal protection claim, which Judge Yeakel found resolved by the First Amendment claim.

Despite its odd doctrinal analysis, the Fifth Circuit's panel conclusion is clear: Texas can constitutionally target Planned Parenthood for defunding under the Women's Health Program subsidies.