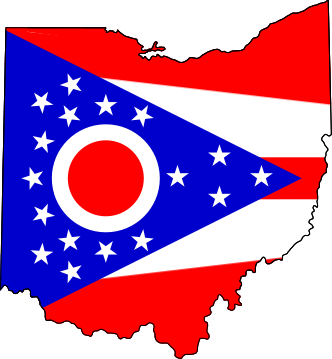 Recall that Obama for America and other plaintiffs filed a complaint and motion for preliminary injunction in July, arguing that the Ohio scheme violated the Equal Protection Clause.  The Complaint summed up the problem thusly:

Judge Economus' opinion expands on the facts, including the relevancy of weekends, as well as the legislative ambiguities, but recognizes the differential for UOCAVA and non-UOCAVA voters.  In his analysis of the constitutional inquiry, he stresses that the right to vote is a fundamental right, and quotes from Bush v. Gore, 531 U.S. 98 (2000):

The right to vote is protected in more than the initial allocation of the franchise. Equal protection applies as well to the manner of its exercise. Having once granted the right to vote on equal terms, the State may not, by later arbitrary and disparate treatment, value one person’s vote over that of another. It must be remembered that the right of suffrage can be denied by a debasement or dilution of the weight of a citizen’s vote just as effectively as by wholly prohibiting the free exercise of the franchise.

Judge Economus easily finds that there is a classification and a burdening of the right to vote, and indeed, Ohio did not vigorously assert otherwise.   As to Ohio's argument that this is "justified to address the needs of Ohio elections boards as they prepare for Election Day" and that it the classification into two groups is justified "to serve the particular needs of the military and, albeit to a lesser extent, overseas voters," Judge Economus found the evidence did not support these justifications.  The lack of evidence is attributable to the county boards of elections and their various responses.  As to the "military voters," the Judge found that the prospect of sudden deployment could have constituted a supporting rationale for the state's scheme, except that "whether a service member— or overseas voter—can actually vote during those three days is up to each county elections board," with almost all counties not allowing voting on Sunday.  The Judge finds Ohio's justification "completely eviscerated, county by county."

The issue presented is the State’s redefinition of in-person early voting and the resultant restriction of the right of Ohio voters to cast their votes in person through the Monday before Election Day. This Court stresses that where the State has authorized in-person early voting through the Monday before Election Day for all voters, “the State may not, by later arbitrary and disparate treatment, value one person’s vote over that of another.” Bush v. Gore, 531 U.S. 98, 104-05 (2000). Here, that is precisely what the State has done.

The decision comports with well-established Equal Protection principles, including those articulated by the Court in Bush v. Gore, and although sure to be appealed, should withstand review.